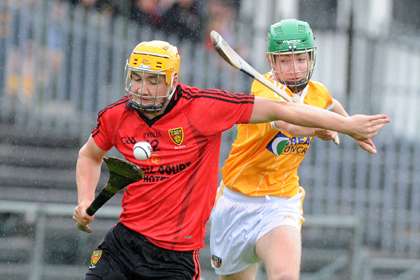 Two goals from substitute Eoghan Sands helped Down maintain their 100% win record in the HL Division 2B against Fingal in Swords.

A goal by Andrew Richardson edged the home side in front on the quarter hour mark but points from Caolan Baillie and Donal Hughes gave the Mourne County a slender one point lead at the break, 0-9 to 1-5.

Conor O'Neill's goal opened up a four point lead shortly after the resumption but that was cancelled out by a Cillian O'Flynn green flag and points from Colm Foley and JM Sheridan as Fingal regained the lead.

Goals from Conor O'Prey and Sands (2) saw the 2013 Christy Ring Cup holders steady the ship and run out 15 point winners.