Derry braced for "different kind of challenge" against Monaghan - Gallagher 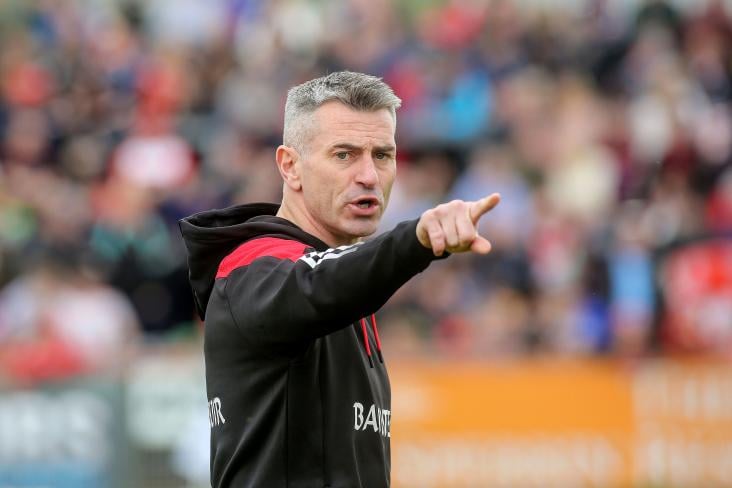 Derry manager Rory Gallagher says his side face a different kind of challenge tomorrow when they meet Monaghan for a place in the Ulster SFC final.

The Oak Leafers were hugely impressive in their provincial opener against Tyrone two weeks, dethroning the Red Hands with a 1-18 to 0-10 victory in Omagh.

Speaking to BBC Sport NI ahead of tomorrow’s showdown at the Athletic Grounds (throw-in 4pm), Gallagher says his side will bring everything they can to get over the line against the Farney men.

"Tyrone weren't the best version of themselves against ourselves and probably haven't been this year in comparison to last year," he said.

"Monaghan will have a ferocious level of hunger as well as the quality.

"That's going to present a different kind of challenge.

"They are a team that have had a lot of successful times and won a lot of games against very tough opponents."

He added: “It's about what we can bring as a group on Sunday and we're just going to bring everything we have in our bodies to get over the line."