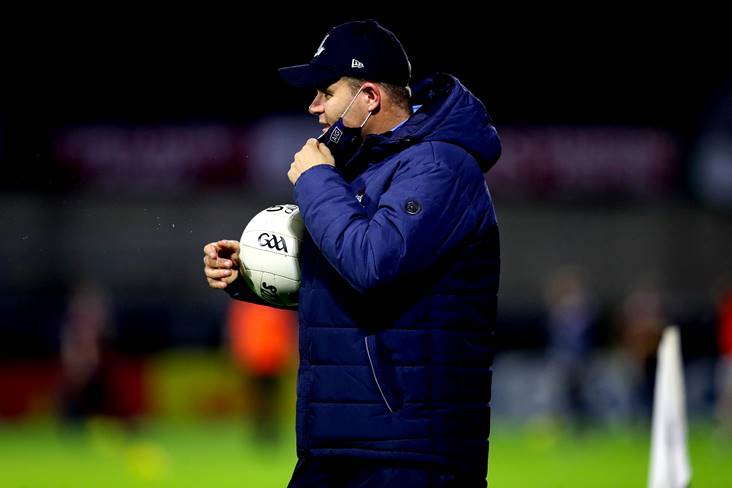 Dessie Farrell acknowledged that Dublin's Leinster SFC final dismantling of Meath was their best performance on his watch.

The Na Fianna clubman cut a contented figure after the Dubs completed a 10-in-a-row of Delaney Cups in stunning fashion at Croke Park last night.

"It was, yeah," he said of his side's display in an interview with gaa.ie

"Obviously Meath had put together some very good performances, we got a sample of it in Parnell Park a couple of weeks back in the league. They will probably count themselves unlucky not to have got more out of that game on that night. So we were ready for a big challenge here today for sure.

"We knew we'd have to step it up for a Leinster final and based on what we'd seen from Meath they were coming in very confident, had been bagging a lot of goals, were on the crest of a wave so it was definitely going to focus the minds for sure. I think we saw a pretty decent and focused performance from us tonight which was very pleasing."

Dublin will play either Donegal or Cavan in the All-Ireland SFC semi-final on December 5, and Farrell says he will be watching today's Ulster SFC final closely.

"Cavan have shown remarkable resilience and the performances of Donegal have been hugely impressive. I'm quite familiar with a lot of the talent that they have up there.

"Declan Bonner is doing a great job, they've not alone got gifted players on the field but they've impact from the bench as well. They've been exceptional in their previous couple of outings so it'll be interesting to see tomorrow," he added.