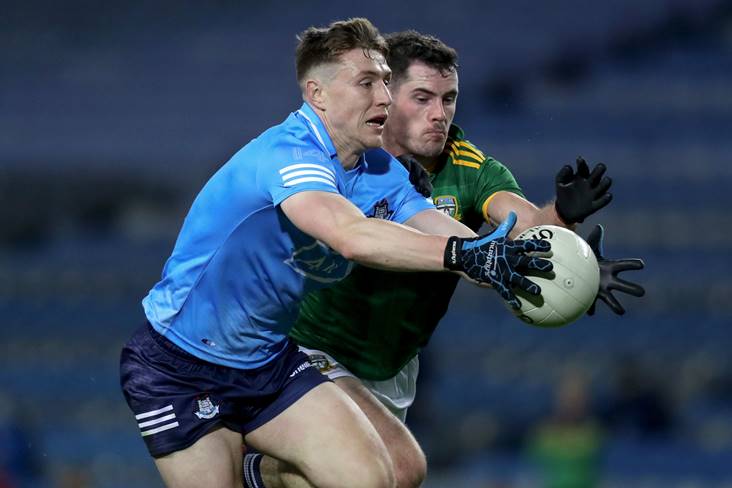 As they do, the All-Ireland champions made it look easy in handing their neighbours a 21-point defeat having led by 16 at half-time.

Goals from Dean Rock and Sean Bugler in the opening 23 minutes were what saw the capital men take control of this lopsided provincial final and they never looked back once the latter fisted in to give them a lead of a dozen points.

It was simply a night to forget for Meath as they trailed from the seventh minute onwards and went through a 32-minute scoring drought while their opponents ripped them to shreds.

The only downside for Dublin in collecting their 59th Leinster crown was that they lost substitute Cormac Costello to dismissal three minutes from the end, meaning the 26-year-old attacker will miss next month’s All-Ireland SFC semi-final barring a successful appeal.

Bryan Menton’s point opened the Royals’ account inside the opening minute prior to a converted Paddy Small mark and a Rock free swinging the Dubs in front by the fourth minute.

Jordan Morris broke through to find a leveller but that was about as good as it was going to get for Andy McEntee’s charges, with the holders striking their first hammer blow on seven minutes.

It saw a brilliant sweeping move finished to the net by the deadly Rock and from there the capital men would hit another 1-10 unanswered, effectively closing out their neighbours come half-time.

A second converted mark from Small was backed up by braces from Ciaran Kilkenny and Rock (one free) and a single from Con O’Callaghan as the Dubs moved through the gears.

Marcus Brennan’s kick-outs weren’t finding intended targets at headquarters and Meath were getting severely punished for it.

The one-way traffic continued after the water break with another flowing Dublin move reaping maximum profit in the 23rd minute – this time Sean Bugler fisted in the finish making 2-8 to 0-2.

Robbie McDaid set-up Small for his third point on 28 minutes and two long range frees from Rock were backed up by Niall Scully curling over in injury-time to leave a 16-point margin at the half.

A Rock free at the start of the second-half was erased by Thomas O’Reilly ending a 32-minute scoring drought for the Royals with a free earned by Donal Keogan in front of the posts.

Cillian O’Sullivan had Meath’s first-half tally doubled in the following minute, but three more points would fly over at the other end in the run up to the second water break.

John Small sliced one over before hitting the deck and Kilkenny raced through to raise the Dubs’ tally to 2-15, with the latter score seeing Matthew Costello having to be carried off injured following his challenge on the Castleknock man.

O’Callaghan fisted over to push the margin to 18 by water break and Bugler and Kilkenny had it at 20 prior to sub Paul Mannion floating over a sweet free in the 58th minute.

The Royals had a rare sight on goal two minutes later when Joey Wallace found a gap in the Dublin wall but the Ratoath man’s shot was parried to safety by Stephen Cluxton.

Instead the trailers would be reduced to 14 with the dismissal of Ronan Jones on a black card and when Rock stroked his last free of the night the scoreboard read 2-20 to 0-4.

Meath had their best spell in the closing seven minutes or so, which saw Jason Scully, Wallace (mark) and Morris (free) all raising white flags.

With three minutes to go, Dublin lost sub Costello to a straight red card after referee Derek O’Mahony had consulted with his linesman.

It means the Whitehall Colmcille attacker stands suspended for the Dubs’ All-Ireland semi-final date against the Ulster champions on December 5th.

Going on this display however, one would imagine that Farrell’s men should make do without him.

Back-to-back points from Morris (one free) took a little bit more tarnish off the scoreboard for Meath, but only momentarily as the Dubs banged in a third goal to put icing on the cake.

Kevin McManamon saw it open in front of him and didn’t have to be invited twice for a shot on goal, producing a brilliant save from Brennan but Scully was on hand to palm home the rebound and put a seal on the 21-point win.