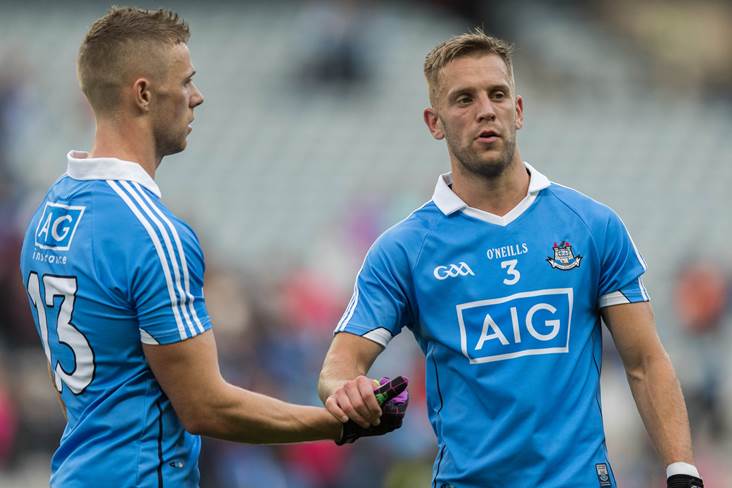 Dublin star Jonny Cooper has revealed how he drew influence from Owen Farrell after having spent a couple of hours with the England rugby captain.

Speaking on Off The Ball last night, the six-time All-Ireland winner described Farrell, whose brother Gabe plays Gaelic football with Clanna Gael Fontenoy in the capital, as one of the best in the world at his craft.

“At Saracens, I spent a couple of hours with Owen Farrell just having a cup of tea," said Cooper.

"You are trying to understand. Obviously, his dad is involved with our national team and Owen's younger brother plays for Clanna Gael in Ringsend.

"You are trying to make these little connections and going from there; trying to see how they see things.

"I have a lot of time for someone like Owen. You can see his behaviour and how he carries himself. He is a young enough England captain."

He added: "I know Clanna Gael, I know the area. It's a great club with lots of structure, and he is trying to connect that to his own brother. You are trying to be respectful but you are also trying to extract what you can from one of the best people in his craft in the world.

"It is hard to fathom how you get it, but when you are two feet away from him and seeing what you would usually see on TV [...] you are trying to be in the moment and responsive."