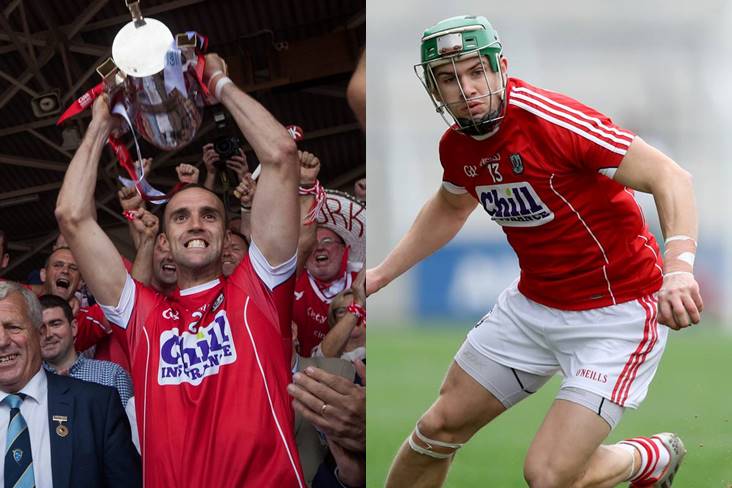 Cork hurling boss John Meyler has received a massive boost with the news that he will be able to call on key players Stephen McDonnell and Alan Cadogan for next year’s League and Championship campaigns.

Captain of the Rebels in 2016 and 2017, corner-back McDonnell missed out totally on inter-county activity for this year’s competitions due to business commitments.

And injury caused attacker Cadogan, younger brother of star defender Eoin, to be an absentee for all of Cork’s Championship matches, his participation being confined to a few League outings.

“Yes, Stephen McDonnell and Alan Cadogan will be back training with us when we begin our preparations for next year at the beginning of December,” remarked Meyler on the return of the respective Glen Rovers and Douglas clubmen.

“Naturally, that’s something that we are delighted with as they are two quality players and their re-availability considerably strengthens our selection options for next year.

“And prior to the opening round of the National League, the two lads will be available to us for our two Munster League games against Clare and Waterford in early January,” added Meyler, who this year steered the Leesiders to their second Munster title on the trot and to All-Ireland semi-final clash against eventual champions Limerick.

Explaining the absence of McDonnell and Cadogan from the Leesiders’ set-up this year, Meyler said: “Stephen was very busy setting up his own business leadership course for organisations, and as a result he just didn’t have sufficient time to devote to training or playing matches,” said the Cork supremo on McDonnell’s situation for 2018.

“But now that he has got his course up and running, he’s very keen to get back playing for Cork once again.

“In Alan’s case, he had a knee injury which was causing him a lot of discomfort and, as a result, he missed most of the National League.

“Eventually, we decided that an operation on his knee was the only option to him.

“The operation was a success and Alan got back training a few weeks before the All-Ireland semi-final, but there was no way that he would have been fit to play a part in the match,” added Meyler who took over in the Cork hot seat from Kieran Kingston in the wake of the 2017 Championship campaign.

But unlike McDonnell and Alan Cadogan, Wexford native Meyler will be unable to call on Lorcan McLoughlin for the forthcoming season, the long-serving utility player having decided to call time on his inter-county career.

“Lorcan McLouglin was a tremendous servant for Cork for 10 years and we thank him for the great service he has given to the county,” remarked the Leesiders’ boss.

“With two young kids, Lorcan is a busy man, but he will continue to play with his club, Kanturk.”

In a similar situation to this year’s campaign, star forward Seamus Harnedy will captain Cork in next year’s competitions, and midfielder Bill Cooper will serve as team vice-captain.

“Seamus Harnedy has tremendous leadership qualities which he proved once again by captaining Imokilly to this year’s county title,” remarked the former Wexford, Kerry and Carlow boss on the St Ita’s clubman.

“So he has been a very successful captain, both in terms of at county and club level.”

Cork hurlers areheaded to Boston to take on Wexford in the first semi-final of the 11-a-side Fenway Classic on Sunday, with Clare facing Limerick in the other penultimate clash, the winners meeting in the final later in the afternoon.

“There’s a lot of Cork people living in Boston, so it will be a great opportunity for them, and for the wider Irish diaspora, to see the lads playing against Wexford,” commented Meyler on the showdown against Davy Fitzgerald’s charges.

Join the hoganstand.com match tracker on Sunday afternoon for live updates from the provincial club senior football and hurling championships.