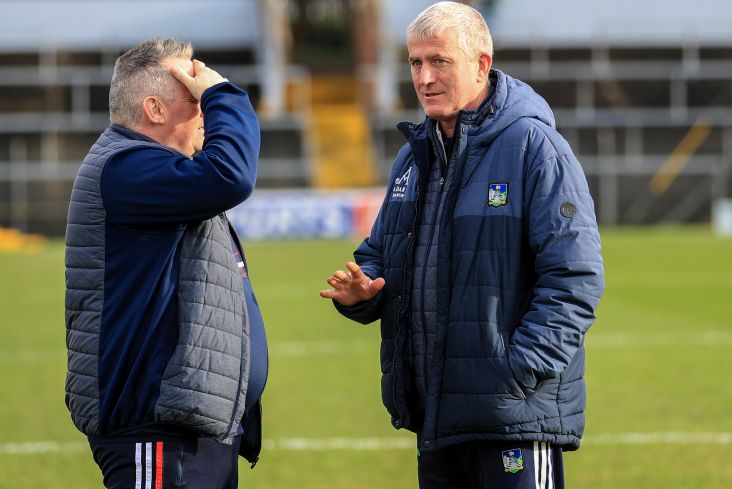 Limerick manager John Kiely says he was happy with his players contribution yesterday despite falling to a late defeat at the hands of Cork.

It finished 0-20 to 1-16 at Pairc Ui Rinn, where Brian Hayes struck the winner in injury-time to send the Rebels into the Munster Senior Hurling League final against Tipperary.

Speaking to RTE Sport afterwards, Kiely was largely positive about the All-Ireland champions’ display after going down on the narrowest of margins.

"I'm very happy with the entire group. I think everybody contributed today," he stated.

"It's just a good omen for us from an attitude perspective. If we can build on that now going forward, I think we'll be very happy with that."

On Cian Lynch’s recovery from the ankle injury he sustained last year, the Treaty boss added: "Cian is doing really well, has trained right throughout the block of work that we've done and his recovery is pretty much what I'd call complete at this stage.

"He's just, like everybody else, getting on with his work. So, I'm very happy with his recovery thankfully."