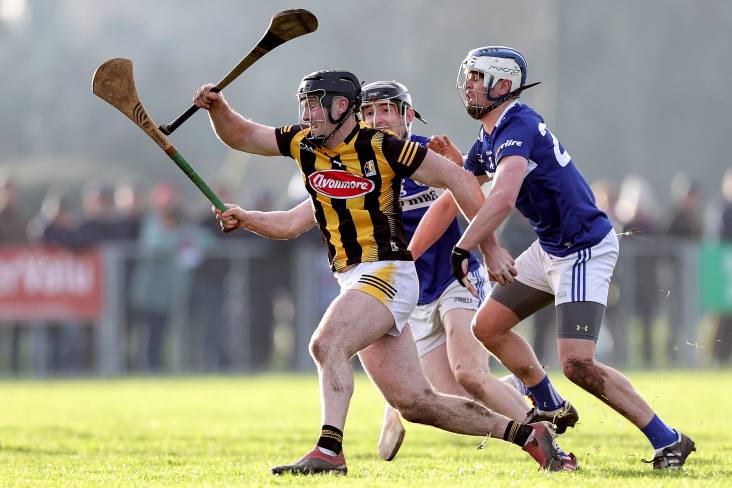 Kilkenny edged closer to a Walsh Cup final date with Galway after seeing off Laois by 3-31 to 2-21 in Rathdowney this afternoon.

After the hosts had raced into 0-5 to 0-2 lead, Derek Lyng’s charges hit the front with points from Walter Walsh, Cian Kenny and John Donnelly before Billy Drennan hammered to the net.

Ross King got a goal back for the O’Moore men but Drennan netted again before half-time, helping the Cats to lead by 2-16 to 1-14 at the interval.

The margin widened in the Leinster champions’ favour after the resumption and a 55th minute goal via Gearoid Dunne wrapped up the victory which leaves them needing just a draw against Wexford next Saturday evening to progress to the decider.

The Model picked up their first win in the competition by overcoming Offaly on a 1-20 to 2-14 scoreline in Birr.

Oisin Kelly’s goal had the visitors on the backfoot early on but Jack O'Connor and Mikie Dwyer hit a brace of points each to steady Wexford’s ship and the introduction of Conor McDonald and Lee Chin off the bench would pay dividends.

Chin fired in a goal just before the hour mark and a major from David Nally at the other end would prove mere consolation, as Darragh Egan’s men stay within a chance of reaching the final if they can overcome Kilkenny at Chadwicks Wexford Park in six days’ time.