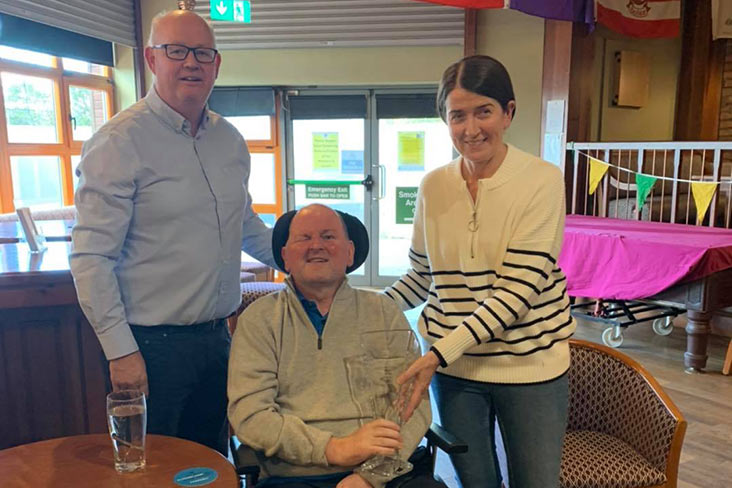 Sean Cox receives the Dunboyne 2020 Clubman of the Year award from his wife Martina while Club Chairman Ronan O'Doherty looks on.

Sean Cox was honoured with the Clubman of the Year award for 2020 by his club St Peter's, Dunboyne over the weekend.

It comes over three years after the former St Peter's chairman suffered serious brain injuries in an unprovoked attack outside Anfield before Liverpool's Champions League semi-final encounter with AS Roma in April 2018.

Sean had been left in a critical condition at the Walton Centre in Liverpool before being transferred to Dublin's Beaumont Hospital and later cared for at the Dun Laoghaire Rehabilitation Hospital and the Marymount Care Centre in Lucan. He returned home to Dunboyne in March 2020 to be reunited with his family.