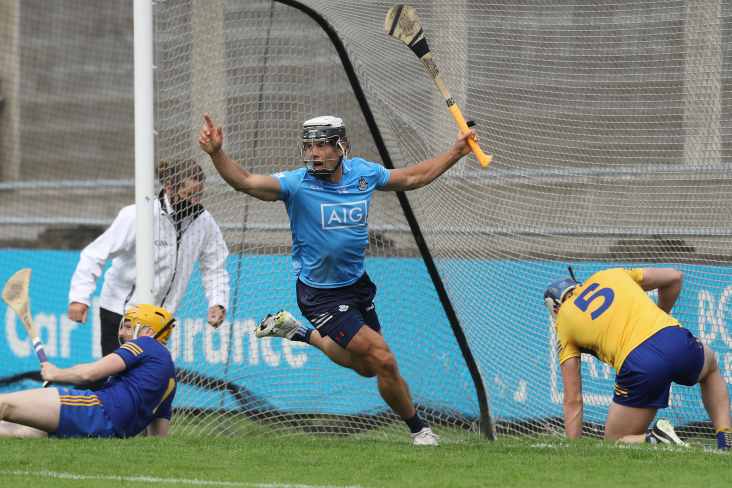 Dublin's Cian Boland celebrates after scoring a goal against Clare

Dublin finished the first-half in style to snatch Clare’s advantage from them and take in a 2-11 to 0-15 half-time lead in this evening’s Allianz Hurling League clash at Parnell Park.

Having fallen 0-4 to 0-1 behind after the opening five minutes, the Banner men were level by the 11th minute thanks to the frees of Tony Kelly and would surge five in front as Kelly, Aron Shanagher and Shane O’Donnell all raised white flags.

Donal Burke and Mark Schutte trimmed it to 0-12 to 0-9 for the hosts before Ronan Hayes cut through for the first goal of the evening on 28 minutes.

Three minutes later and the sliotar would be in Clare’s net again, with Cian Boland boring his way through the Munster men’s full-back line for the maximum.

Ronan Hayes finds the back of the net for @DubGAAOfficial v @GaaClare in Round 4 of the Allianz Hurling League! #GAANOW pic.twitter.com/DXy66v8RTK