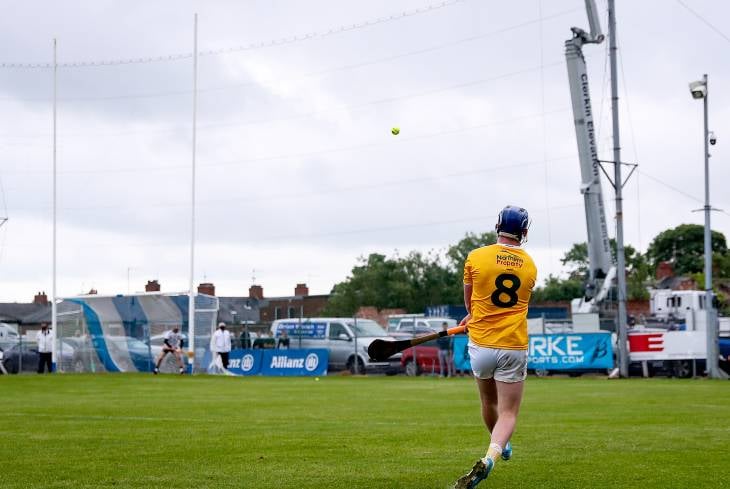 Antrim and Wexford served up a cracker today at Corrigan Park in west Belfast, where it finished all square on a 1-21 to 2-18 score-line.

Having led by five (2-9 to 0-10) at the break thanks to the early goals of Conor McDonald and Paul Morris, Wexford looked on course for their third win in Division 1 Group B until they had centre-back Matthew O’Hanlon red-carded midway through the second-half.

The home side used their numerical advantage to claw the deficit back to two and hit the front in the 64th minute when Shea Shannon took a slick pass from Niall McKenna and finished calmy to the net, making it 1-19 to 2-15.

Davy Fitzgerald, whom was sent to the stands by referee Patrick Murphy before half-time, saw his side equalise, fall behind again and then go in front late on thanks to the points of Lee Chin (free) and Liam Og McGovern.

However, the Slaneysiders couldn’t hold on in the 10 minutes of injury-time played as Keelan Molloy had the last say to salvage the Glensmen a deserved draw with this effort (watch below).