"Those counties do have access to resources that Antrim don't..." 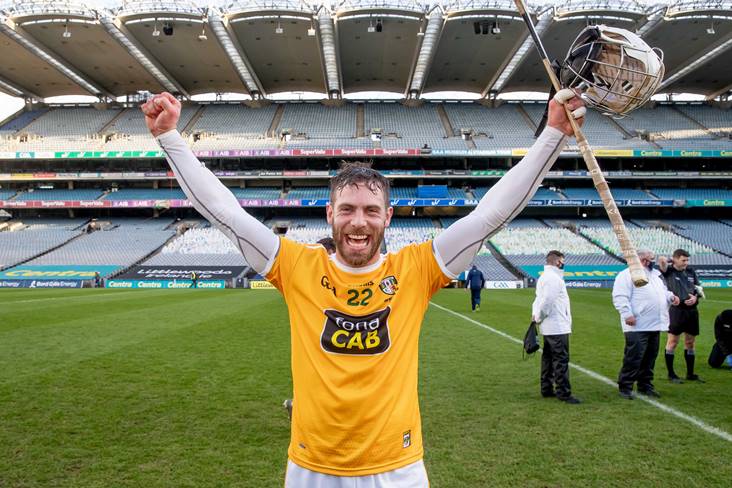 Neil McManus is hoping Antrim can attract similar funding resources given to counties like Clare, Tipperary and Kilkenny in the future by dining at the top table on a consistent basis.

The Saffrons will ply their trade in Division 1 of the Allianz League as well as the Liam MacCarthy Cup in 2021 after completing a memorable final double over Kerry.

Cushendall clubman McManus, who returned from a lengthy injury absence to inspire his county to Joe McDonagh Cup success last December, was speaking on My Icons, the special edition of the RTÉ GAA podcast.

"I have good friends in the Clare, Tipperary and Kilkenny panels and there is a level of funding that they have access to, because of the way they have built their brand, that isn't available to Antrim but can be in the future," McManus said.

"Those counties do have access to resources that Antrim don't, but the longer we can play at the top level, the more likely the chances of building those resources.