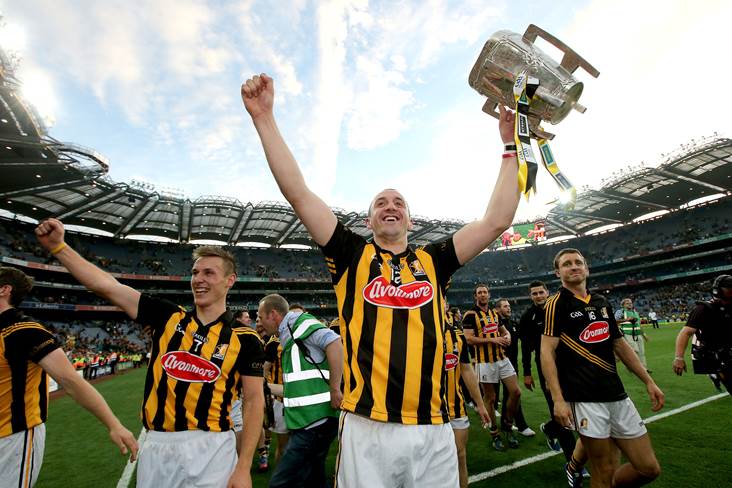 Laochra Gael returned to our screens last night for a 19th season with former Kilkenny star Eoin Larkin as its subject.

The All-Ireland winning captain was praised after he opened up on his battles with mental health off the field, his incredible inter-county career and role in the Irish Defence Forces.

Here were some of the comments on social media during and after last night’s episode on TG4.

Larkin was a super hurler. A work horse. Even Kilkenny people said the last 10 minutes of a tight game was called "Larky Time" because that is when Eoin Larkin stepped up to the plate.

#LaochraGael loved Eoin Larkin as a hurler, now love him as a man, speak up don’t bottle up.

#LaochraGael back with a bang tonight, another top class show with #EoinLarkin what an operator 👌👏🏑 always performed on the big stage for club and county, a true warrior of the game and top TV as always from @SportTG4, @TG4TV #LifeIsForLiving

It was a mark of how good that Kilkenny team was that we didn’t appreciate just how good Eoin Larkin was at the time...looking back at the footage tonight he was some leader, as courageous off the field as on it speaking so openly about his mental health. #LaochraGael

Eoin Larkin might not have been the flair player or getting the big headlines in the glory days of kilkenny but no doubt he was Brian codys first name on the teamsheet.
Brilliant all round hurler and top forward👌 @SportTG4 @Laochra_Gael

Brilliant show on Eoin Larkin, christ he was a big game player, great to hear a player like him speak on mental health.

Another great & well told #LaochraGael tonight. Eoin Larkin was a seriously good player but...what type of spin did Bubbles put on the ball to help win the ‘16 All Ireland? Some quality finish 👌#goal @SportTG4 pic.twitter.com/1sL3nBcMMK

How good was Eoin Larkin 👏👏@KilkennyCLG what a Hurler 🙏 https://t.co/QsXpU6sL7w