Cork's firepower too much for Tipp in Munster U20FC final 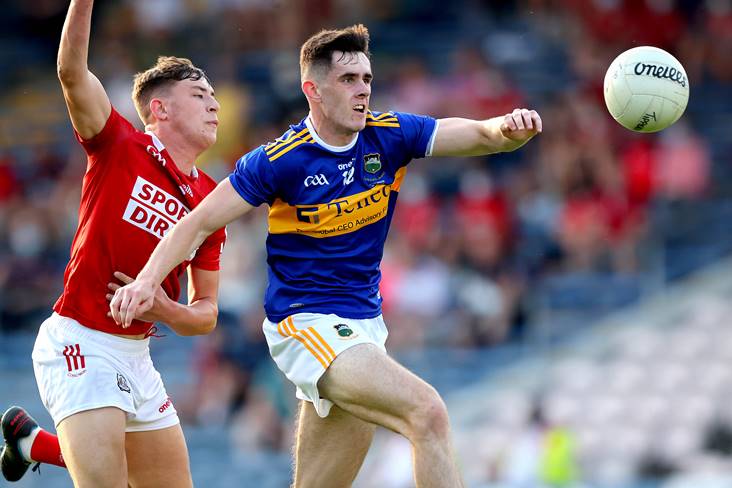 Cork simply had too much firepower for Tipperary in this evening's Munster U20 football championship final at Semple Stadium.

Keith Ricken's youngsters scored an emphatic 3-20 to 3-10 victory over Tipp to regain the provincial title and set up an All-Ireland semi-final date with Leinster champions Offaly who dethroned Dublin in Portlaoise.

Managed by former Dublin All-Star Paddy Christie, Tipperary made the dream start with two goals inside the opening nine minutes as the Cork defence struggled to curtail the Premier County's running game.

Sean O'Connor rippled the net and then three minutes later Jamie Holloway followed up for a second Tipp goal, which gave them a 2-2 to 0-6 advantage at the first water-break.

But with David Buckley, who top scored with 0-10 to his name, and dual-star Jack Cahalane prominent in attack, the Rebels took over in the second quarter and outscored their oppoents by 1-7 to 0-1 over the remainder of the half.

Diarmaid Phelan struck Cork's first goal as they led 1-13 to 2-3 at half-time, and when substitute Sean McDonnell grabbed their second six minutes after the resumption they went twelve points clear.

Captain O'Connor pulled a goal back for Tipp but Colin Walsh replied with a green flag at the other end as the Rebels ran out ten-point winners.