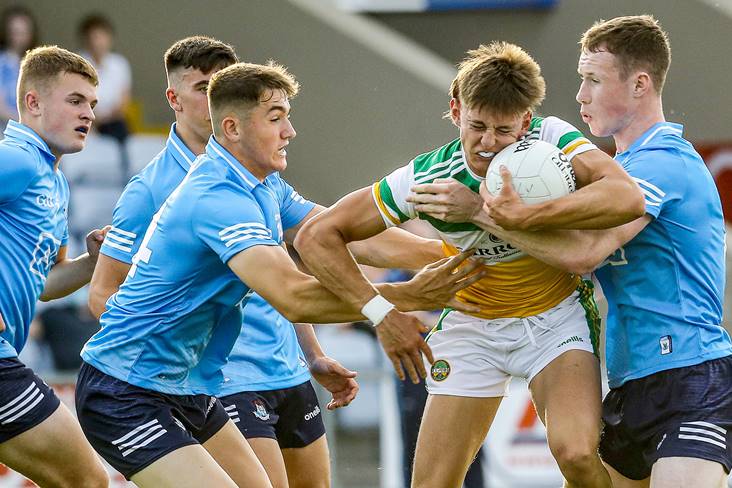 Offaly clinched the Leinster U20 football championship title and dethroned reigning champions Dublin in the process, with a 0-15 to 3-3 win at MW Hire O'Moore Park this evening.

The Faithful County's last provincial crown in the grade was back in 1995 when they beat Westmeath in Portlaoise, and Declan Kelly's young guns were fully deserving of this three-point victory.

They showed great resilience to respond on each occasion to the concession of three goals, including two in the first-half as Lorcan O'Dell and Fionn Murray netted to give Dublin a slender one point lead at the break, 2-3 to 0-9.

Frees from Jack Bryant (2) and Morgan Tynan kicked Offaly 0-11 to 2-3 in front after the restart and all the momentum was with Kelly's side until they were hit by a third sucker punch when Mark Lavin drilled the ball to the net.

But that would prove the Dubs only score of the second-half, as Offaly steadied themselves and reeled off the last four points with three further frees through Keith O'Neill, Bryant and Tynan before man-of-the-match Cormac Egan put them three ahead.

Dublin went in search of an equalising goal, and came so close to forcing the game to extra-time but Offaly weren't going to be denied at the death as they look forward to an All-Ireland semi-final against Munster champions Cork on Saturday week.