Burke inspires Dublin past Offaly and into Walsh Cup final 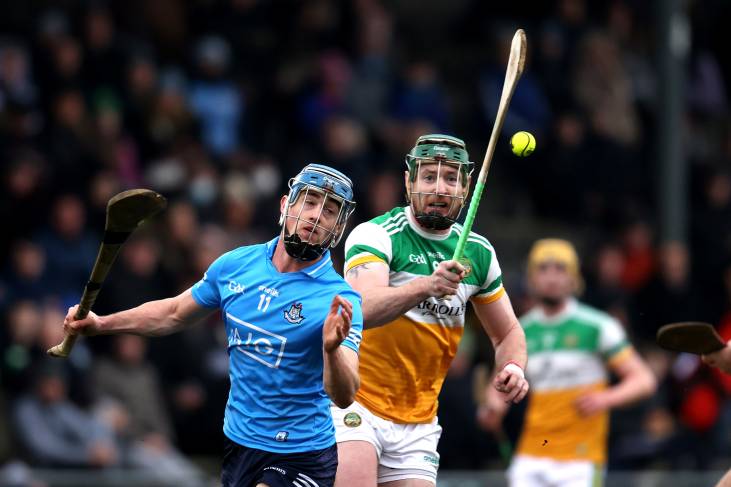 Dublin produced the second-half good in Birr this afternoon to hand Offaly a 2-23 to 1-20 defeat and make it three wins from three heading into next weekend’s Walsh Cup final.

Brian Duignan’s 16th minute goal had helped Offaly towards a deserved 1-13 to 1-9 lead by the end of the first-half, with Donal Burke’s major some three minutes later helping to keep the capital men in it.

It took just eight minutes of the resumption for the visitors to hit the front after Rian McBride hammered the sliotar to the Faithful men’s net.

Eoghan Cahill, who finished with 0-9, kept the trailers in touch but Burke came to the fore for Mattie Kenny’s charges with seven second-half points which helped them win out by six in the end.

Dublin now face Wexford in the competition’s decider next Saturday after the Slaneysiders held on to earn a 2-25 apiece draw with Kilkenny at Wexford Park yesterday.