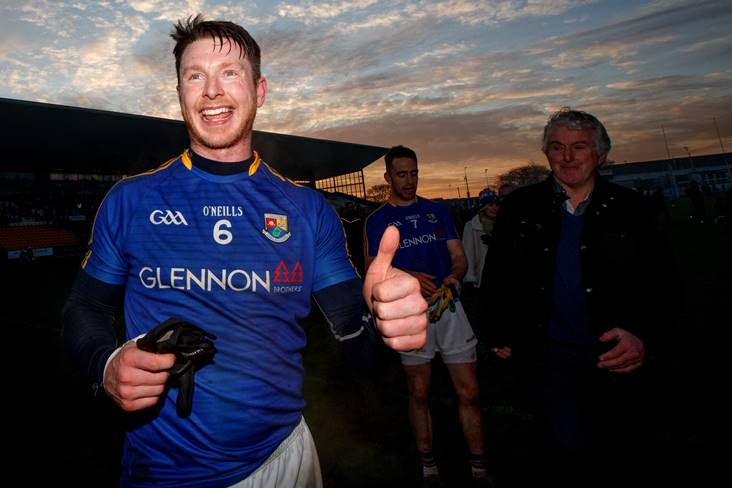 Mickey Quinn made his 100th senior appearance for Longford in their recent Leinster SFC quarter-final defeat to Westmeath.

A special presentation was made to the Killoe stalwart by his Longford team-mates and manager Billy O’Loughlin last weekend. Quinn has reached the milestone, despite playing Aussie Rules with Essendon from 2008 to ’11.

After signing for the Bombers as an 18-year-old, he set the record of the quickest debut of a GAA player in the AFL.

100 Championship & League games Not Out 😅 Thanks @OfficialLDGAA Billy & Co. pic.twitter.com/FGClUtp88N