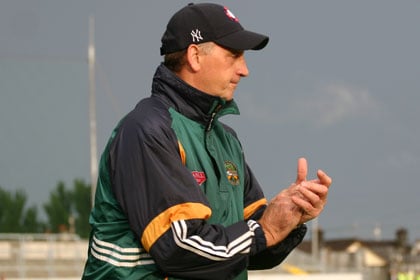 The three-time All-Ireland winner, who will be succeeded by Ollie Baker as Offaly hurling manager next month, led Ireland to back-to-back successes against the Scots in 2009 and 2010. The first test will take place in Athy, Co. Kildare on Saturday week, October 22, while the second test has been pencilled in for Bught Park in Inverness a week later on October 29.

Dooley is expected to include a mixture of players from the leading hurling counties with those from the so-called weaker counties.

Meanwhile, the Ireland U21 team will be managed by Kilkenny's Michael Walsh with Kerry boss John Meyler, who has been linked with the managerial vacancy in Waterford, as one of his selectors. Tweet