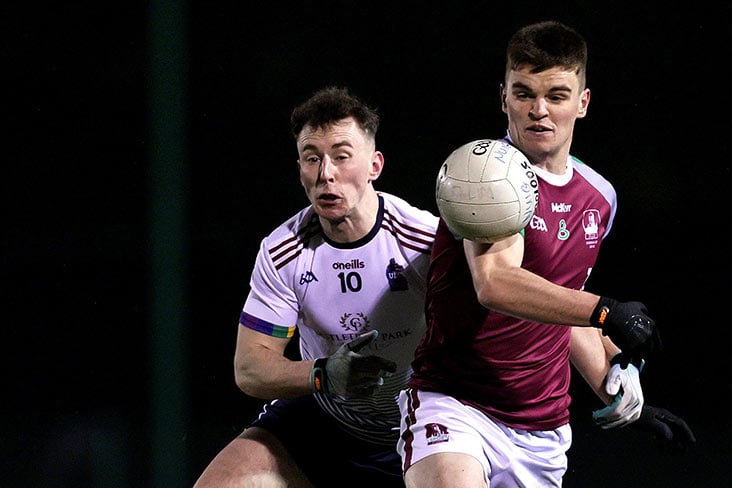 UL bounced back from last week's penalty shootout loss to TU Dublin by recording an emphatic 4-10 to 1-4 Round 3 victory over SETU Carlow last night to ease into the Sigerson Cup quarter-finals.

Ciaran Downes scored 2-1 for last year's runners-up who took complete control after leading 0-7 to 0-3 at half-time. Emmet McMahon also posted 0-5 for the winners whose other goals were supplied by Sean McDonnell and Aaron Griffin.

Tommy Griffin grabbed a consolation goal for the visitors whose other scores came from Colm Hulton (0-3) and Cian Farrell ('45).

Westmeath's Fola Ayorinde netted twice for ATU Sligo in the first half, while Dylan O'Connor raised a green flag for MTU Cork as the sides went in level at the break, 2-4 to 1-7.

But the Cork students gained the upperhand after the restart thanks to further majors from Eanna O'Hanlon and David O'Connor.