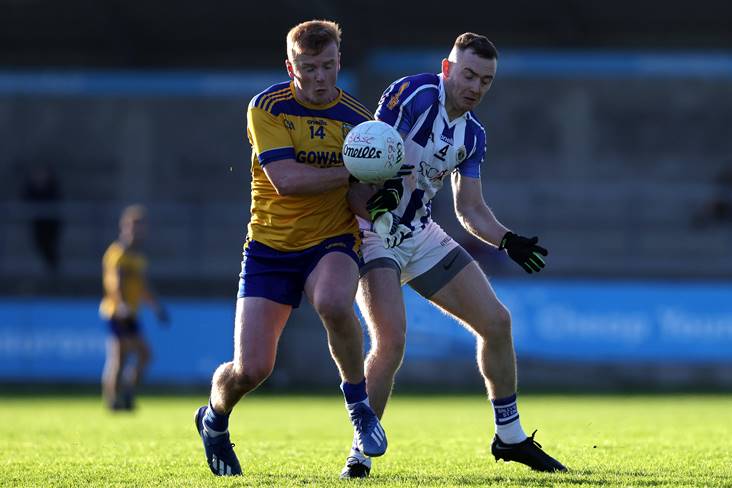 Na Fianna are into a first Dublin senior football championship final since 2005 after a strong first-half saw them ease past a fancied Ballyboden St Enda's on a 1-14 to 0-7 scoreline at Parnell Park this evening.

Lar Norton's side took a comfortable 0-10 to 0-1 lead into half-time after Ballyboden failed to find their range until the third minute of injury-time with a Colm Basquel free. Points from Conor McHugh (5), David O'Hanlon, Alistair Fitzgerald, Glenn O'Reilly (2) and goalscorer David Lacey had the Glasnevin men in complete control at the break.

Brisbane Lions defender James Madden, a late starter in attack, and Ross McGarry tried hard to get 'Boden back into the game. They trimmed the deficit to seven points by the three-quarter mark, but a more fluent Na Fianna outfit didn't let them build any momentum as Lacey and McHugh (free) raised further white flags.

Lacey's goal in injury-time was a well worked move that caught Ballyboden goalkeeper off his line and put the icing on the cake of a strong performance for Na Fianna.