Four teams set to remain in Cavan SFC after this weekend 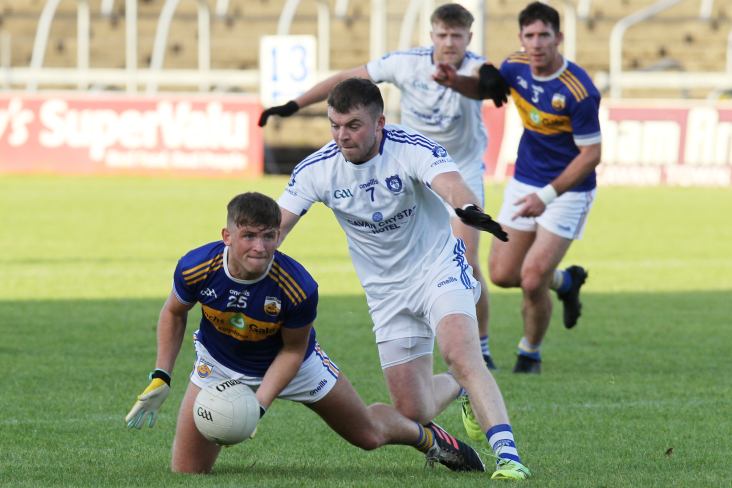 Mullahoran's James Coyle looks to get his pass away under pressure from Cavan Gaels' Padraig Sexton during the Cavan SFC second round clash at Kingspan Breffni. Pic credit: Adrian Donohoe

The Cavan senior football championship is set to dwindle down to its last four teams over the coming days.

Crosserlough and Killygarry booked their semi-final berths last weekend but there are still two quarter-finals to be decided after Cavan Gaels and Gowna couldn’t be separated (1-12 to 1-12) and Mullahoran and Ramor United also finished all square (0-10 to 0-10).

The Gaels and last year’s runners-up will battle it out again tomorrow night and Kingspan Breffni (8.15pm), while holders Ramor will look to avoid the upset against the Dreadnoughts in what will be the early throw-in on Sunday at the Cavan Town venue (12.30pm), where two IFC semis and a JFC last four clash are set to follow.

Extra time will be played in the replays if neccessary.

Elsewhere, tonight (Friday) sees Ballinagh and Butlersbridge going head-to-head in Bawnboy with their senior status on the line as the losers are set to be demoted back to the intermediate ranks for 2023. Throw-in for that one at St Aidan’s Park is at 8.15pm.