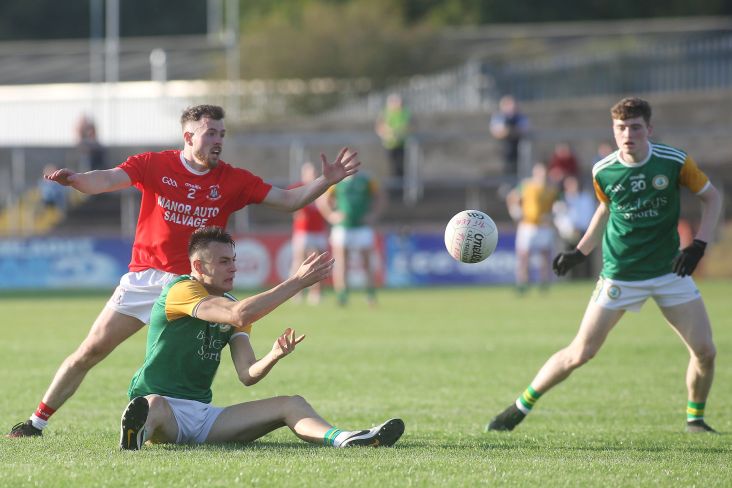 Dungannon progressed to the quarter-finals of the Tyrone senior football championship last night (Thursday) thanks to a 3-8 to 0-11 victory over Trillick at Healy Park, Omagh.

After a shaky start, Dalaigh Jones’ goal helped ignite the 2020 champions and Patrick Quinn would hit the roof of the net again before the interval, leaving it 2-2 to 0-4 when the sides went in.

Trillick hit five of the first six points of the restart with subs Richie Donnelly and Seanie O’Donnell to the fore as the scoreboard read 2-3 to 0-9 with 42 minutes played.

Dungannon hit the next two points and wrapped up the win with Darragh Skeffington’s low finish to the net as the gap was pushed out to six.

Lee Brennan (0-5) saw a goal chance cleared off the line afterwards as Clarke saw out the win to progress to the last eight at their opponents’ expense.

Dungannon Manager Chris Rafferty is over the moon at his teams performance against a strong and highly fancied Trillick side to progress to the Senior Championship Quarter Final pic.twitter.com/CLdOKJvfgE