"The two of us were joined at the hip" - Jackie Kinch honouring late sister, Ellen 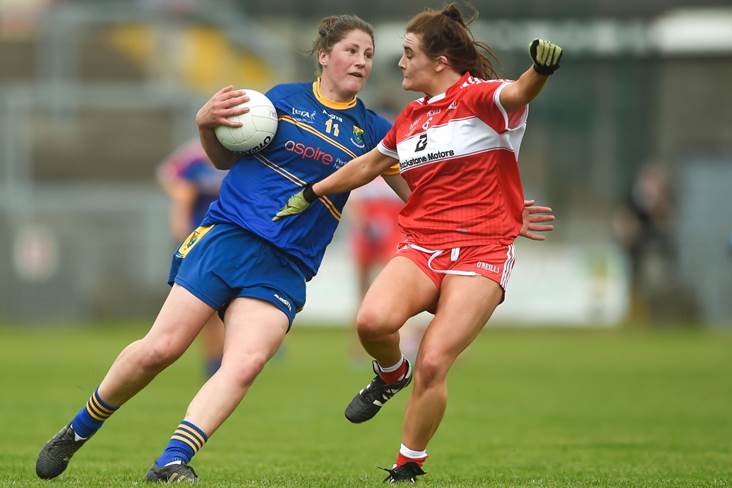 Wicklow stalwart Jackie Kinch says it is crucial the young Ladies footballers of today recognise the potential future careers that can be afforded to them by their love of sport.

Kinch transitioned from outfield to playing in goals for Wicklow in recent years, and she was on the wrong side of a heavy defeat to Laois in the TG4 All-Ireland Intermediate Championship quarter-finals last Sunday.

But the following day she was back to the day job, where the Tinahely star is a games promotion officer and now a ZuCar #Gaelic4Teens programme ambassador, and she is well aware of the importance of careers similar to hers.

“I think it’s good for the young players to be able to see Ladies footballers that are older than them playing and being able to give them advice,” said Kinch.

“During the Gaelic4Teens festival there were nutritionists, well-being talks and things like that. That’s important for younger people to see that there is a pathway, even if you do play Ladies football, you are not just bound to it.

“There are jobs out there relevant to sport, if it is a case that they might not be the most intellectual in school. There are options out there and it might not be as daunting for them then growing up when there is so many changes for them at that age.

“It is important for them to see that, look, there are people who have gone through this and can come out the other side on a really positive note.”

At the beginning of the month, the 28-year-old was taking part in the Ellen Kinch Memorial Cup. This competition is held every year in memory of Jackie’s sister, who died from cancer at the age of 16.

“She used to take these tiny little steps, a bit like Cristriano Ronaldo’s, she was a very nifty wing-back. My memory was probably playing football with her, the two of us were joined at the hip. It was doing everything together on a daily basis and getting up to mischief,” said Kinch.

“The amount of support from the local community is incredible year in, year out. It’s hard when you are texting people every year asking them to help at it but nobody ever has an issue, everyone is always offering their help which is incredible.

“It's nice every year to do it for us as a family. Keep her name and not forget about her. Nobody does forget her, but knowing what sort of a bubbly person she was.

“The community when she was sick done so much for her. It’s nice to give that back to them people that were close to her as well. There is actually a day there to remember her.”

Jackie Kinch was speaking at Croke Park today as ZuCar, the LGFA's Performance Partner and Gaelic4Teens sponsors, were unveiled as title sponsors of the All-Ireland Ladies Minor Football Championships. Jackie is a current ZuCar Gaelic4Teens ambassador.