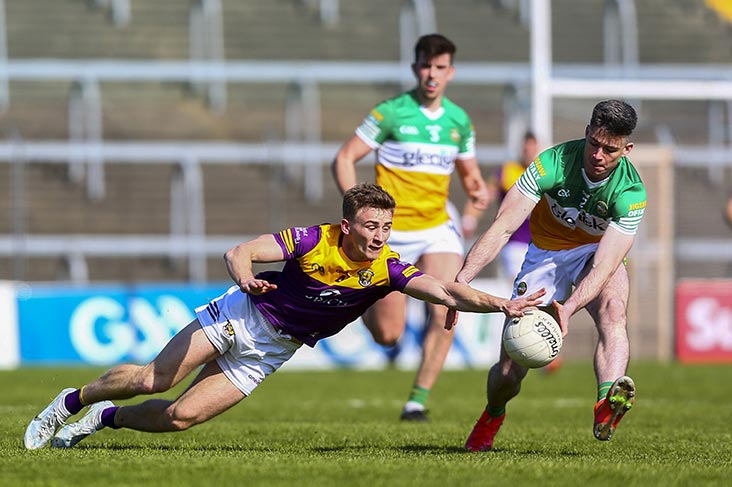 Wexford defender Martin O’Connor expects to see a different kind of Offaly line-out when the two counties clash in the Tailteann Cup’s preliminary round this Sunday.

The Slaneysiders defeated John Maughan’s charges in the preliminary round of the Leinster championship last month on a score-line of 1-15 to 1-12 at Chadwicks Wexford Park.

This time the sides meet in Enniscorthy, where Offaly are set to have a few players back from injury and O’Connor is expecting a tough battle with the Faithful men.

“It’s just a month ago we played Offaly, to be fair the last day they had a good few injuries and I can imagine they will have a different team out this time so it might not be the same game,” he told GAA.ie.

“We were underdogs the last day and we might be favourites going in this time around so the fact that we might have that behind us might not necessarily work in our favour but we know what we are capable of and we’ll take it as it comes, we’ll bring our own confidence into the game and hopefully it will get the win.”