Galway progress from Leinster with 22-point win over Laois 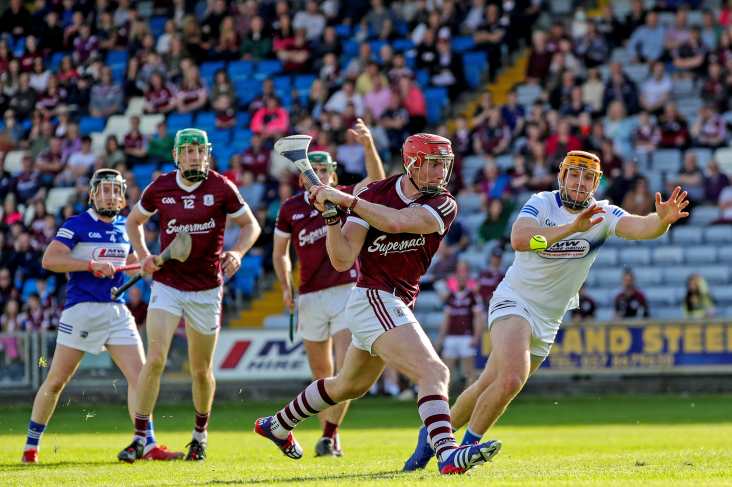 Galway had minimal fuss in maintaining their winning start and sealing progression from the Leinster SHC as they saw off Laois by 2-37 to 0-21 in Portlaoise this evening.

Henry Shefflin’s men hit another gear in the second, having led by six at break, and the goals of ace attackers Joseph Cooney and Conor Whelan sent them towards a 22-point win which edged them close to the Leinster final.

Cathal Mannion helped the Tribesmen settle in early to this contest as they raced into a 0-9 to 0-1 lead before Laois closed gap with points from Ross King, Cha Dwyer and Paddy Purcell.

Galway would carry in a 0-18 to 0-12 lead at the break and they’d nail the first four points of the restart to leave the margin at double digits.

It got worse for Laois when Cooney got in behind to hammer home the game’s first goal on 50 minutes and 10 minutes later Whelan did likewise as the visitors cruised to victory in the end.

Next Saturday will see Laois welcome Westmeath to O’Moore Park where the losers will be relegated to the Joe McDonagh Cup for 2023.