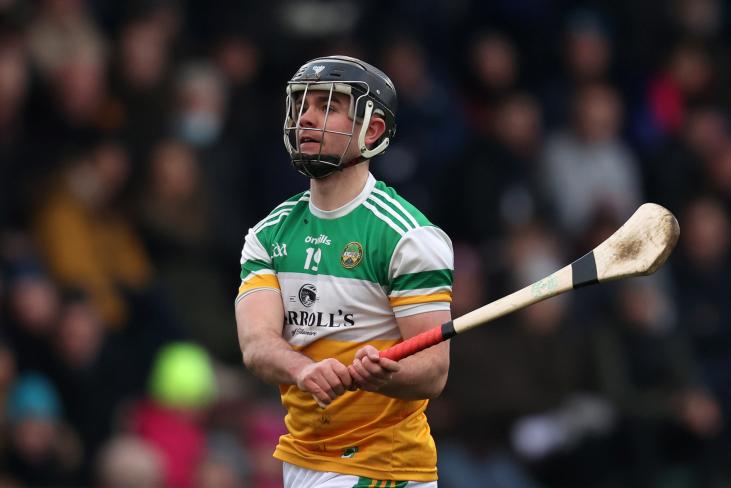 Offaly are on the cusp of a Joe McDonagh Cup final berth after pipping Kerry by 4-23 to 2-28 in a classic encounter at Austin Stack Park this afternoon.

In the end, it was David Nally’s monster point from beyond 85 metres in the fourth minute of injury-time that separated the sides and leaves the Faithful County needing a win next week against Carlow to ensure a final place.

It was Nally’s goal 20 minutes into the first-half that saw Offaly taking a 2-7 to 0-8 lead as they went on to hold a three-point advantage at the interval.

Two scores a piece from Shane Conway and Padraig Boyle saw Kerry level (0-19 to 2-13) soon after the restart and Conway would steer them in front with a superb sideline cut before doubling the Kingdom’s lead.

Killian Sampson struck a perfectly timed goal in response for Michael Fennelly’s men and they looked home and hosed when John Murphy lashed in their fourth, making it 4-19 to 0-21 with less 15 minutes to go.

However, a brace of goal from Maurice O’Connor had the Munster side straight back in contention and, having lost marksman Eoghan Cahill to injury in the 65th minute, it took a couple of special efforts from Nally to seal the win for Offaly.

In Netwatch Cullen Park, Carlow eased relegation worried by defeating Down on a 2-25 to 1-19 score-line.

Conor Kehoe and Martin Kavanagh (1-13) supplied the late goals for the winners as they consigned the Mourne men to their third straight loss in the competition.

Nally came up with three massive points in the closing minutes as Offaly win by one in the Joe McDonagh Cup pic.twitter.com/Jwm7LPdN10