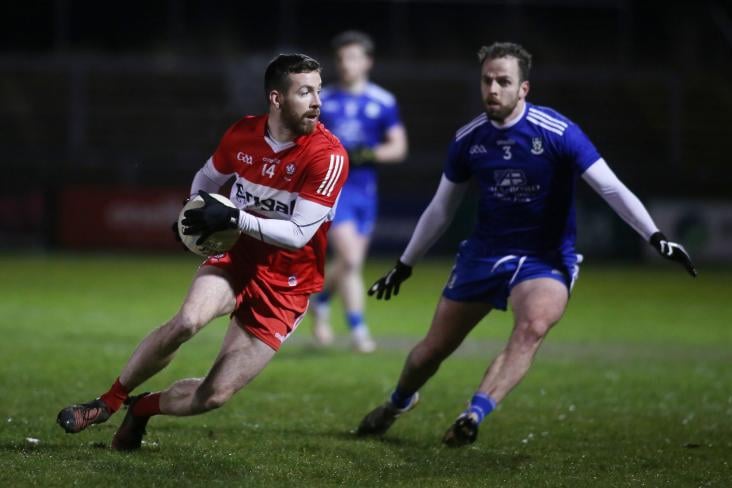 University of Ulster are through to the last eight of the Sigerson Cup after seeing off MTU Cork by 2-11 to 0-8 last night at Abbottstown.

Derry’s Niall Loughlin and Ryan Jones of Tyrone struck the second-half goals as UU finished with nine points to spare.

Minus the services of captain Damien Gore, MTU Cork only managed 0-4 in the opening half and went in trailing at half-time by three points.

Michael McGleenan and Ruairi Slane sent over points early after the turnaround to widen the margin for the Ulster students and more scores from Ruairi Gormley and Niall Loughlin meant the signs were ominous for MTU Cork.

A brace of points from the superb David Buckley kept the Cork students in touch but once Derry star Loughlin hammered in the game’s first goal on 44 minutes, they’d be left with a mountain to climb and Jones sealed the victory for UU six minutes later with another major.

Earlier in the day, Paddy McDermott's late goal sent Maynooth University through to the quarter-finals after they overcame St Mary’s by 2-6 to 0-10 at the Davitts GAC grounds in west Belfast.

The draw for the Sigerson Cup quarter-finals took place this afternoon and can be seen here.