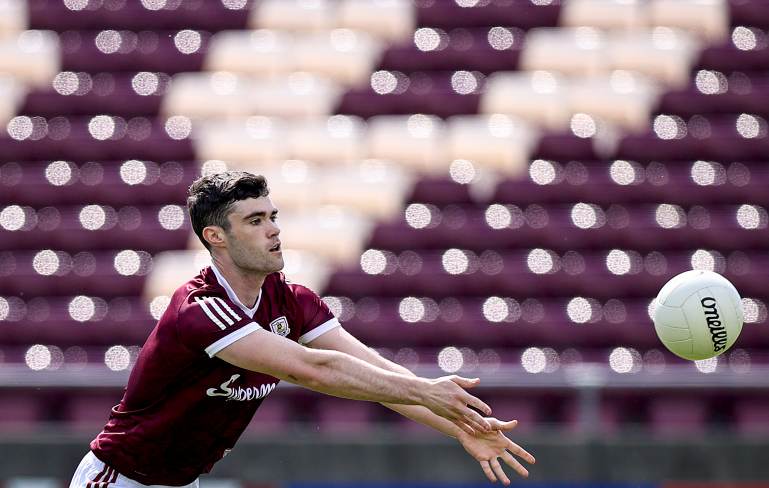 Sean Mulkerrin in action for Galway

Yesterday’s Sigerson Cup meeting between NUI Galway and University of Ulster was forced to finish early after a serious injury in its latter stages.

NUI Galway substitute Sean Mulkerrin sustained the knee injury with 58 minutes gone at Whitehall Colmcille's, where an ambulance took half an hour to arrive to bring the player to hospital.

Given the competition’s tight schedule, it was agreed between the teams that NUIG would be awarded the 1-10 to 2-5 victory.

The Galway outfit now face Queen’s University, Belfast in the second round while there is still no confirmation on the extent of Mulkerrin’s injury.

While the lads will welcome the victory the only important thing right now is that Sean makes a full recovery.

'Our thoughts are with Sean, it's not about the game' - NUIG manager Maurice Sheridan after tonight's Electric Ireland Sigerson Cup game with Ulster University was abandoned.

NUIG were awarded the win as they were leading when Sean Mulkerrin suffered an injury. @nuigalwaysport pic.twitter.com/ZnJQSgl9FG