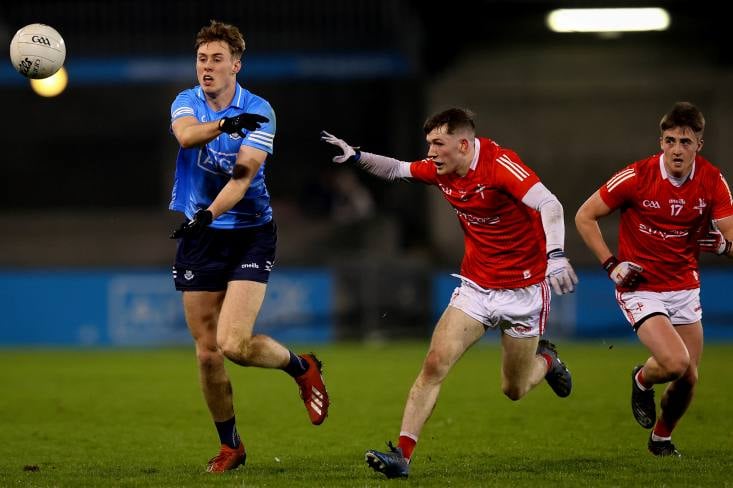 Dublin made it two wins from two in the O’Byrne Cup last night after handing Mickey Harte’s Louth side a 3-19 to 1-10 defeat at Parnell Park.

Cormac Costello notched 2-5 for the Leinster champions while Lorcan O’Dell converted a penalty in injury-time to seal the rout.

Costello’s brace cruised the Dubs towards a comfortable 2-10 to 1-3 half-time lead, with Louth’s goal coming from Kyle McElroy.

Harte made 12 changes at halfway and the Wee County would outscore the hosts by 0-4 to 0-2 during the third quarter.

Dessie Farrell’s men soon found their stride again though as Harry Ladd, Brian Fenton, O’Dell and Aaron Byrne all register points in the closing quarter before O’Dell hit the net, leaving the capital men on the cusp of a final berth.

In Stradbally, Laois got off to a sizzling start which eventually saw them to a 1-12 to 0-9 victory over Meath.

The O’Moore men raced out of the traps to lead by 1-9 to 0-2 at the half, with John O’Loughlin grabbing their goal in the added minutes.

The Royals fought back in the second-half as David McEntee and James Conlon ended up with 0-3 each but it wasn’t enough as the points of Mark Barry kept the scoreboard ticking over for Laois. 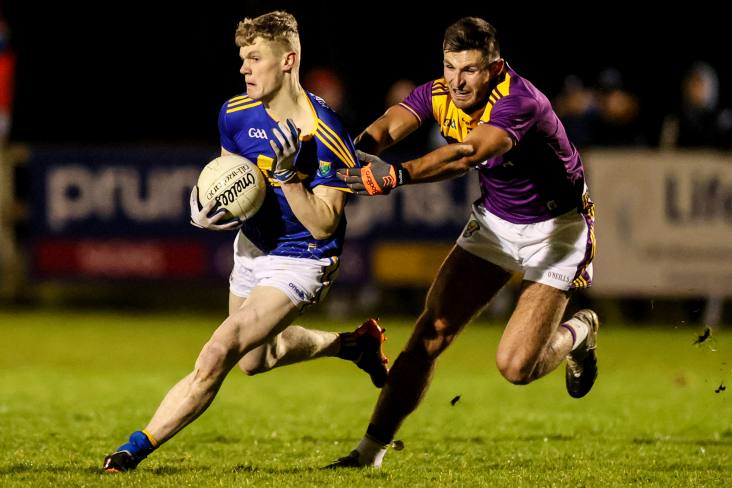 Offaly and Longford served up a cracker at Faithful Fields which saw John Maughan’s men edge a 1-16 to 2-12 victory.

Dessie Reynolds’ goal was what saw Longford take in a 1-7 to 0-8 lead at half-time and they’d net again through Padraig Joyce in the second-half.

The points of Dylan Hyland and Bernard Allen kept Offaly in it though and, with the scoreboard reading 2-12 to 0-15, Niall McNamee’s 1-1 contribution would clinch the win for the Faithful County.

Having seen their match against Meath last weekend postponed, the Garden men got off to sluggish start on home turf and trailed by 0-6 to 1-2 at the half, with Kevin Quinn netting their goal.

Quinn and Cunningham were to the fore in the second-half for the hosts though, with Cunningham sailing over 0-4, and they could even afford the concession of a late Wexford goal from Robbie Brooks.

This evening (Thursday) sees Carlow and Kildare clash at Netwatch Cullen Park (throw-in 7.30pm), with another full round of games in the competition scheduled for this coming Saturday.