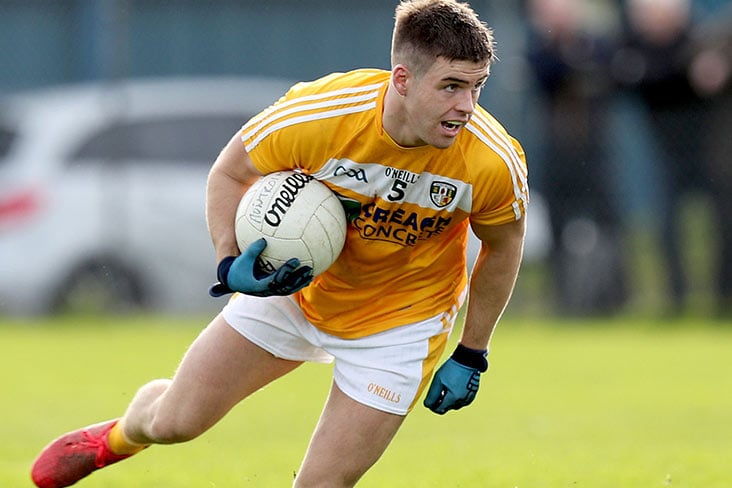 Antrim finished strongest to claim the Dr McKenna Cup spoils at the expense of Down in Pairc Esler last night.

The game was delicately poised entering the final 10 minutes with the teams deadlocked on 1-9 apiece but late points from Paddy McBride, Conor Murray and Ryan Murray secured a hard-earned success for the Saffrons.

Ryan O’Higgins netted an early goal for James McCartan’s charges but they trailed by 1-4 to 0-8 at the break.

McBride raised a green flag for Enda McGinley’s men shortly are the resumption.