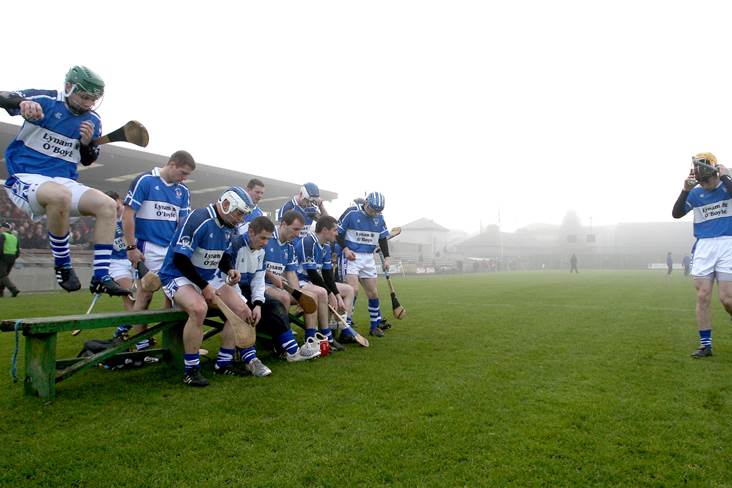 The Raharney players take to the bench for a team photograph at Cusack Park, Mullingar.
©INPHO/James Crombie.

A brace of Eoin Keyes first half goals went a long way towards securing Raharney's place in the Westmeath SHC final yesterday.

The Deelsiders' 2-14 to 1-14 victory over four-in-a-row chasing Clonkill at TEG Cusack Park saw them qualify directly for the decider in four weeks' time as group winners. Raharney led by 2-7 to 0-6 at half-time, but had to withstand a second half comeback from their arch-rivals before prevailing.

Clonkill will face Castletown-Geoghegan in the only semi-final after the black and ambers cruised to a 1-25 to 0-12 victory over 14-man Castlepollard on Saturday to finish second in the group.