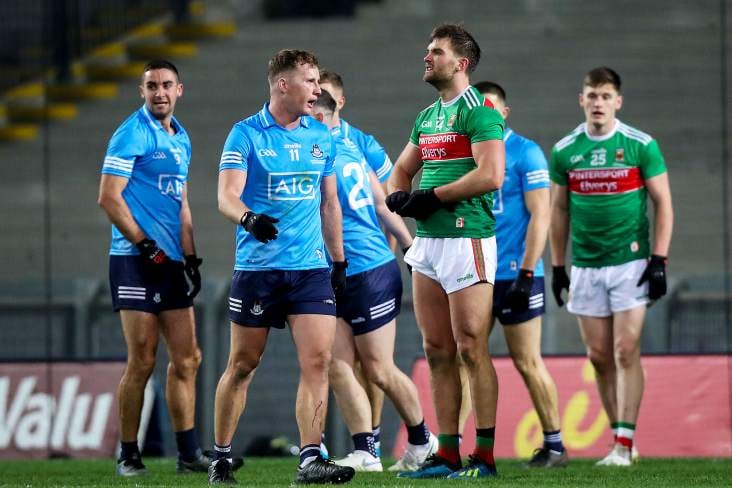 O'Shea was substituted during the second-half of the All-Ireland semi-final versus Dublin and later reintroduced in extra-time as James Horan's men eventually dethroned the six-in-a-row champions.

The 31-year-old can create history on Saturday evening by becoming the first Mayo man to lift the Sam Maguire Cup in 70 years.

“I don’t believe Aidan O’Shea won’t start this final. He is their captain and go-to guy. It didn’t happen for him the last day, but he was winning savage balls inside against Dublin and it was like he froze in the moment," Connolly told BoyleSports.

"It never really got going for him, but I have no doubt he will bounce back. He will start the game, but whether James Horan gives him the curly finger early on or not we will have to wait and see."

The St Vincent's clubman feels the novel pairing makes the final a difficult one to call.

"I don’t think anyone at the start of the year would have picked out a Tyrone v Mayo final. It’s a strange one for me as Dublin have been involved in some way for the last ten years, but both teams are there on merit; Mayo deserved to beat Dublin and similar with Tyrone beating Kerry. Both performances were unbelievable," he added.

"Tyrone had some team problems during the league, but they are really coming to the fore now and they have built a really strong bench. Mayo’s squad had been depleted and James Horan came in and done a massive rebuild job and has found talent all over the field.

"They are two evenly matched teams and I don’t think anyone will shoot the lights out. There is going to be a lot of hard tackling and I can’t separate these teams."