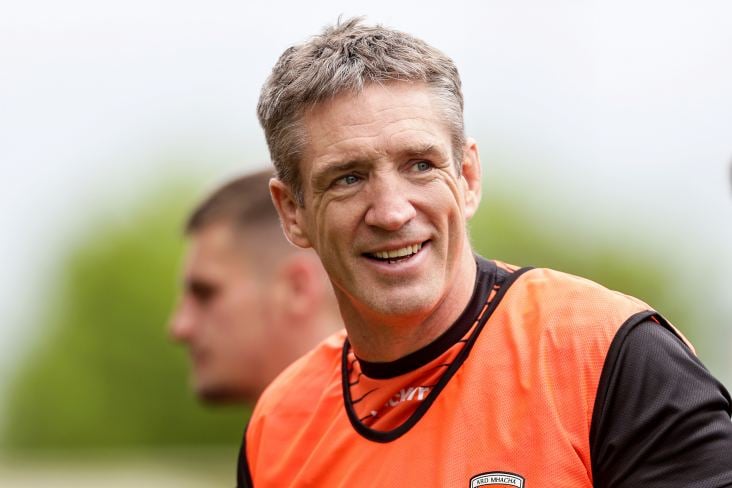 Armagh manager Kieran McGeeney is set for an eighth season in charge of the Orchard County after the county board agreed to extend his tenure this evening.

At its first physical meeting in over a year, the Armagh County Committee met outdoors at the Athletic Grounds and agreed to ratify McGeeney for the 2022 season.

It comes just a few weeks after McGeeney’s side lost out in an Ulster championship classic to Monaghan which saw their neighbours advancing to last Saturday’s provincial decider at Croke Park where they lost out to Tyrone by a single point.

Armagh have not contested an Ulster final since defeating Fermanagh in 2008 (after a replay), but will be playing their league football in Division 1 next season after scoring a comprehensive win over Roscommon in a relegation playoff back in June.

Before taking the reins of his native county, the 2002 All-Ireland winning captain previously managed Kildare from 2007 to 2013, guiding them to an All-Ireland semi-final in 2010 where they lost out to Down.

NEWS: Kieran McGeeney ratified for 2022
At the first physical meeting in over a year, Armagh County Committee met outdoors at the AG and agreed to ratify Kieran McGeeney for the 2022 season.

In 2019, Armagh CC agreed to a 2-year term with the option of a one-year extension. pic.twitter.com/R8hKpdSAy4