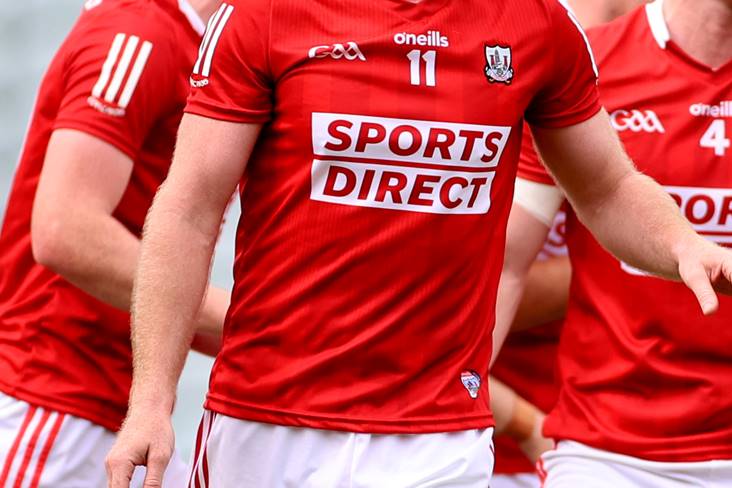 A view of the Cork jersey sponsored by Sports Direct.

Cork manager Michael O'Brien has named his team for this evening's Munster MFC quarter-final encounter with Waterford at Fraher Field.

This will be the Ballincollig clubman's first time taking charge of the minor side in a competitive game, with the winners due to face holders Kerry on Friday week.

2010 All-Ireland winner Donncha O’Connor has been brought in as a selector alongside Daniel Cronin (St Mary’s), Gary Sheehan (Carrigtwohill) and Martin O’Brien (Clonakilty).