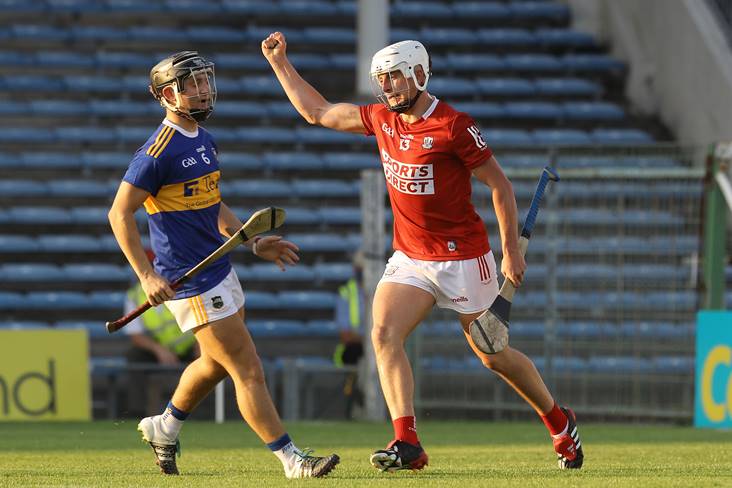 Three second-half goals from Daniel Hogan, Robbie Cotter and Luke Horgan saw Cork come from behind to beat Tipperary by 3-20 to 2-17 in this evening's Munster U20HC semi-final at Semple Stadium.

Having ended a 23-year-wait to claim All-Ireland U20 honours in the delayed 2020 final ten days ago, the Rebels were facing a short turnaround to their Munster title defence against a Tipp side buoyed by a dramatic extra-time win over Waterford.

John Devane's Tipperary looked on course to avenge the provincial final defeat last December when they held a 1-11 to 0-8 lead on 25 minutes after Max Hackett's goal nudged them ahead in the early stages.

From trailing by six points (1-13 to 0-10) at half-time, the holders outscored their opponents by 1-5 to 0-1 on the resumption, hitting the front through Hogan's goal on 38 minutes.

Cork's tails were now up and with Cotter netting the next score before the water break, and substitute Horgan adding a third goal four minutes from the end the Rebels cruised through to the decider against Limerick at Pairc Ui Chaoimh next Wednesday.