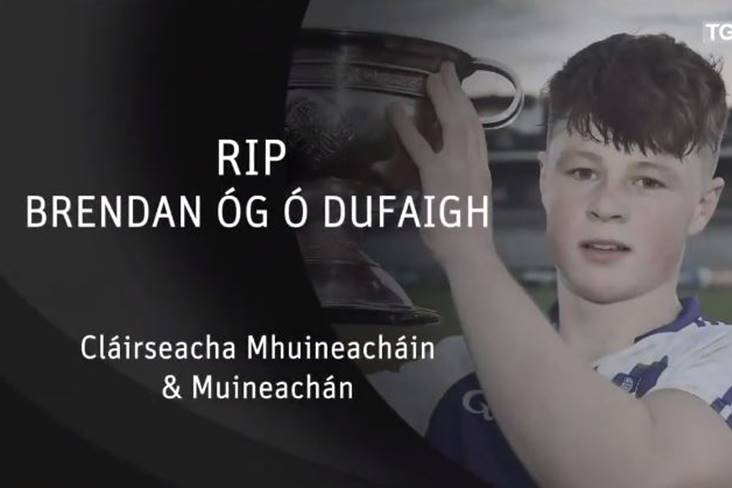 The funeral of Monaghan U20 football captain Brendán Óg Duffy, who was tragically killed in a car crash last Friday night just hours after he led his county to victory in the Ulster semi-final against Donegal, will take place tomorrow morning (Wednesday).

Tributes have continued to pour in from the GAA community at home and abroad for 19-year-old Brendán, who will be laid to rest in St Joseph's Old Cemetery, Latlurcan following Funeral Mass in St. Macartan’s Cathedral, Monaghan.

This beautiful tribute put together by TG4 features clips of Brendán or 'Ogie', as he was affectionately known, when he captained the Monaghan minors under current senior manager Seamus McEnaney back in 2018.