"I think it's definitely good for the game" 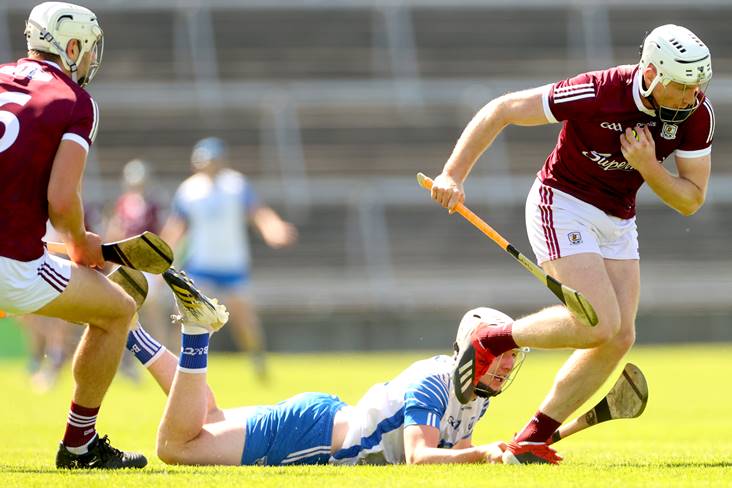 Galway's Shane Cooney on the run against Waterford. ©INPHO/James Crombie.

Galway defender Shane Cooney says “it’s great to see the high scoring games” in hurling these days in spite of recent criticisms of the game.

Speaking at the launch of the Littlewoods Ireland Camogie League finals and hurling championship, Cooney told RTE Sport that he feels hurling is in a good place overall.

"Every sport is going to evolve over many years. Back years ago, you look at the Cork team from ‘04 and ‘05 you could say that that running game at the time was an initial shock but the game keeps evolving. It just happens with time.

"You have some very smart people in backroom teams who put a lot of hours and resources into it and boys are going to analyse what they need to do to solve the problem in front of them. Who knows what that could bring again in future?

"Overall, I think it’s great to see the high scoring games. Not necessarily from a back’s point of view but from an entertaining perspective for a spectator I think it’s definitely good for the game."