Concession of six goals will force rethink for Tyrone - Canavan 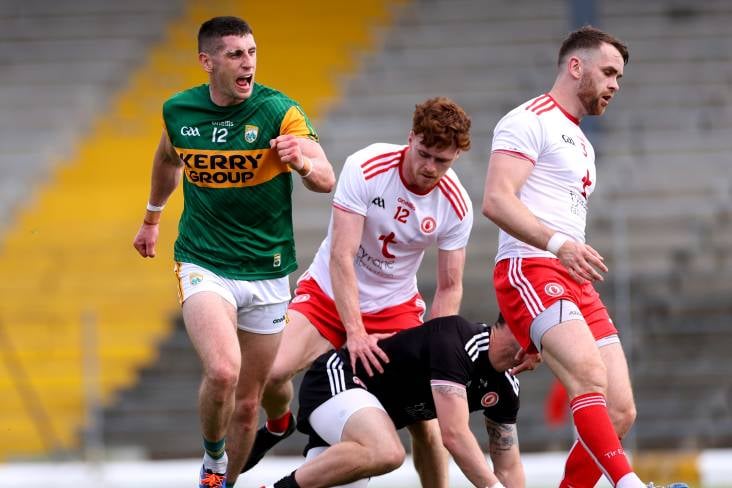 There was a lack of intensity across the pitch from Tyrone last Saturday against Kerry, according to Red Hands great Peter Canavan.

The Kingdom hit their Ulster counterparts for 6-15, including five first-half goals, in Tralee to cruise to a 28-point victory Allianz Football League Division 1 semi-final.

Writing in his column for Sky Sports, Canavan says the result will “force a rethink” for Tyrone heading into the championship.

“Without a doubt, the concession of six goals on Saturday will force a rethink," the two-time All-Ireland winner wrote.

“Tyrone's intention has been to try and play on the front foot, and go at teams. That leaves you vulnerable at the back. Donegal exploited that in the very first game, Kerry took full advantage at Fitzgerald Stadium.

“But you cannot just label the problem as a lack of good man-markers in defence.

“In my playing days, when we played Kerry we knew we had to unsettle them in the middle third and prevent them from having time on the ball. We always felt you need to cut out the supply chains. If they got a good ball into their forwards, it didn't matter who was marking them inside.

“There was a lack of intensity across the pitch on Saturday. It wasn't just a problem with the six at the back. That's something they're going to have to look at.”