Mattie Hetherton was a midfield maestro 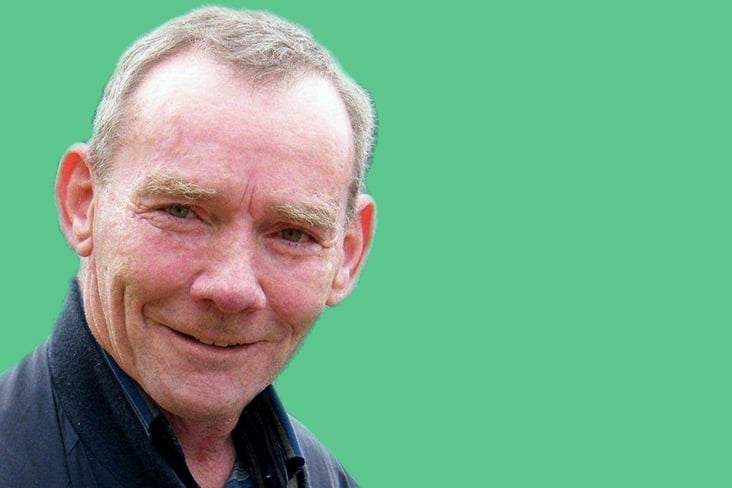 The death has taken place of former Cavan and Munterconnaught midfielder Mattie Hetherton.

Mattie barely measured in at five foot and nine inches but he possessed a briliant pair of hands and a leap that saw him soar above many of the giant midfielders around during the seventies and eighties.

In that familiar midfield jersey Mattie Hetherton starred as both his club Munterconnaught and the parish amalgamation with Castlerahan and under the St. Mary's banner, brought the county junior and senior championships to east Cavan in 1976.

Mattie was a regular on the strong Cavan team of the late seventies and one has vivid memories of the '' blonde bomshell '' soaring through the air in Clones and other grounds of such ilk, grasping a ball he had no business being near before placing a better placed colleague.

Munterconnaught GFC would like to pass on our heart felt condolences to the family of the late Mattie Hetherton, Lurganboy , Virginia, who passed away peacefully today.

Mattie himself was a past Munterconnaught player and wore the jersey with pride. He represented the club at all levels and made the midfield position his own, he was a highly regarded footballer who was man of the match on many occasions including the 1976 Senior final when they Munterconnaught/Castlerahan amalgamation St Mary’s claimed the county title.

Mattie also represented the club at County Level. Even when Mattie moved to Dublin he always kept up to date with club results.

We offer our sympathies to his son Peter, his sisters Eilish, Margaret, Cait and Bridie, his brothers Mickey, Jimmy and Liam, his aunts, uncles, neices, nephews and the extended Hetherton family at this very sad time.

Funeral Details as per RIP.ie

Remains reposing at Matthews Funeral Home until removal on Thursday departing at 1.15 pm, via Dunancory Bridge , County Bridge and Lurganboy, to arrive at St. Bartholemew's Church, Munterconnaught for 2 o'clock Funeral Mass, with burial in the adjoining cemetery.

Family flowers only please. Donations in lieu if desired to St. Francis Hospice.

The Hetherton family would like to thank you all for your kindness and support at this time. In particular they would like to acknowledge the wonderful care and dedication of the staff in The Mater Hospital Dublin and St. Francis Hospice, Blanchardstown.

In compliance with current Covid 19 guidelines, Mattie's funeral Mass will be restricted to family members only. People are invited to form a guard of honour, if they so wish to, along the route of the funeral cortege from Matthews Funeral Home, Virginia via Dunancory Bridge and Lurganboy to St. Bartholomew's Church, as a mark of respect.

For those who cannot attend due to restrictions, please feel free to leave a message in the condolence section by clicking here.