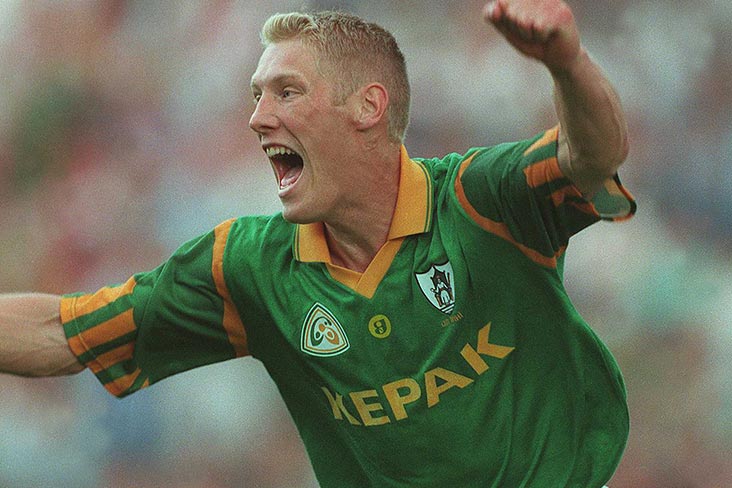 Graham Geraghty celebrates a score for Meath in 1996.

Meath legend Graham Geraghty has returned home from hospital after having suffered a brain hemorrhage and aneurysm last month.

The 47-year-old took ill at work at the end of October and would undergo a seven-hour operation at Beamount Hospital to save his life.

The All-Ireland winning captain has been recovering from the surgery over the past two weeks and returned home to his family yesterday.

Posting on Facebook last week, Graham’s wife Amanda said that her husband had surpassed everyone’s expectations and now expects him to make a full recovery.

Bernard Flynn confirmed via Twitter this afternoon that he was in contact with his former team mate today and that he continues to be on the mend.