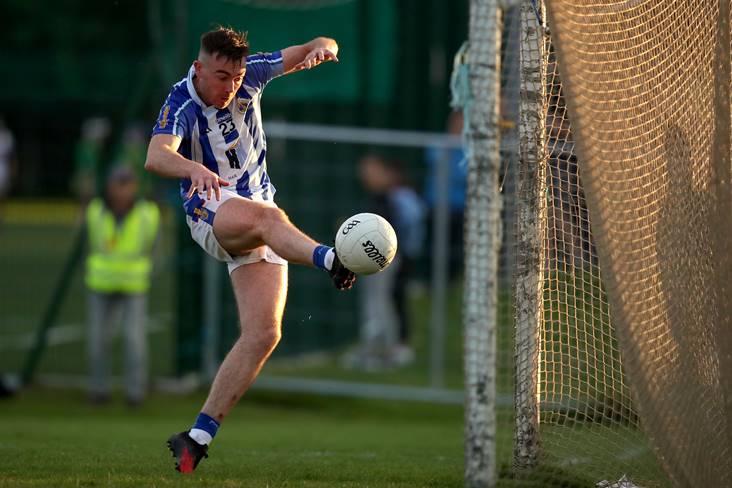 Anthony Rainbow's charges showed a killer instinct when scoring four goals at Clontarf's expense in the opening round and that was certainly evident in Pairc Naomh Uinsionn where it finished 5-11 to 1-17 in favour of the visitors.

Colm Basquel's first half brace of goals had helped 'Boden into a 2-6 to 0-8 interval lead and dual star Simon Lambert, Donagh McCabe and Tom Hayes went on to raise further green flags for the winners.

St Vincent's struggled to contain the pace and power of their opponents who sit in pole position in Group 3 ahead of the final round of games on Saturday week. In the same group, Clontarf bounced back to beat Whitehall Colmcille by 3-12 to 0-15 without their All-Star defender Jack McCaffrey. In Group 1, Ballymun Kickhams got the job done in the early stages of their 3-26 to 1-10 victory in Lusk, leading the local Round Towers by 3-13 to 0-6 at the break while Dean Rock opening the scoring with a goal. Skerries Harps made home advantage count in picking up their first points against last year's runners up Thomas Davis, 3-7 to 1-10.

Perhaps the most eye catching result of round 2 was in Group 4 as Brian Fenton's Raheny put the disappointment of their heavy 21 point defeat to Kilmacud Crokes behind them to overcome Ciaran Kilkenny's Castleknock (0-16 to 1-10). Pace setters Crokes showed no mercy to St Oliver Plunkett's/Eoghan Ruadh as a couple of late goals put some respectability on a 3-20 to 3-8 scoreline.

Meanwhile, St Jude's ground out a 0-14 to 0-8 win against Ballinteer St John's at Marlay Park to take up the running in Group 2. Na Fianna are in second place after Aaron Byrne's goal helped them to a comfortable 1-23 to 1-12 success over Lucan Sarsfields.