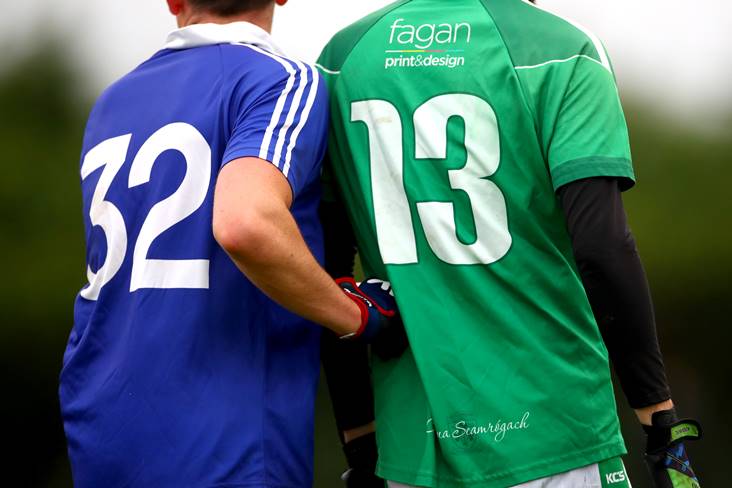 It has been a long time since we last saw a GAA game, approximately 110 days, but today clubs in the 26 counties were allowed to resume full contact training and play challenge matches.

The footballers of Mullingar Shamrocks and St Mary's Granard and the hurlers of Lusmagh and Meelick-Eyrecourt had the distinction of being the first GAA clubs to return to competitive play after the Covid-19 lockdown. The sliotar is thrown in between Lusmagh and Meelick-Eyrecourt. ©INPHO/Morgan Treacy. Goalkeeper has it covered. ©INPHO/Morgan Treacy. Up for the throw-in. ©INPHO/James Crombie. It was more than just a challenge game for Lusmagh manager Joachim Kelly. ©INPHO/Morgan Treacy.