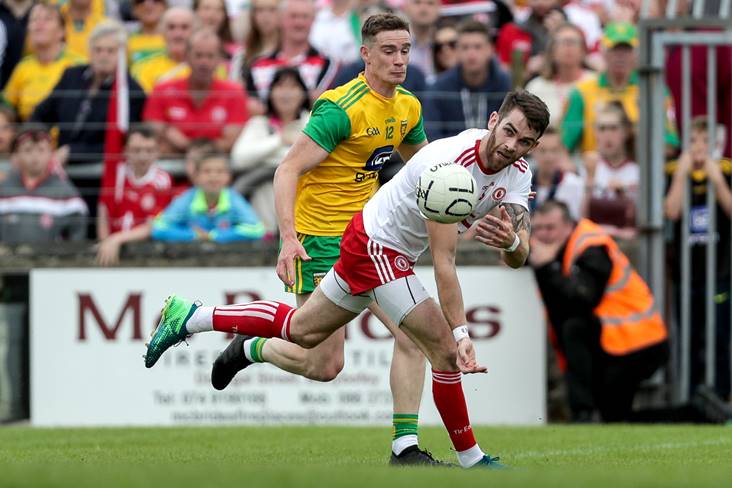 Tyrone defender Ronan McNamee reckons Donegal have no excuse in their decision to pull out of the Dr McKenna Cup.

The Red Hands face Monaghan in the competition’s final this Saturday night after the Farney men received a bye as a result of the Ulster champions’ withdrawal seven days ago.

“I think it’s just an excuse to be honest. I would rather be playing football than be training. Maybe I’ll stand on a few toes by saying that, but I don’t really care,” said the All Star defender.

“It’s been going on elsewhere. Corofin are constantly clashing (with fixtures). Your boy (Kieran) Molloy is playing for NUIG and playing for his club on the same weekend.

“Don’t get me wrong, it’s not ideal, but it wasn’t an issue when the Sigerson finals was three games on the same weekend, there was no talk about player burn-out or player welfare then, so I don’t know what the big panic is now.”