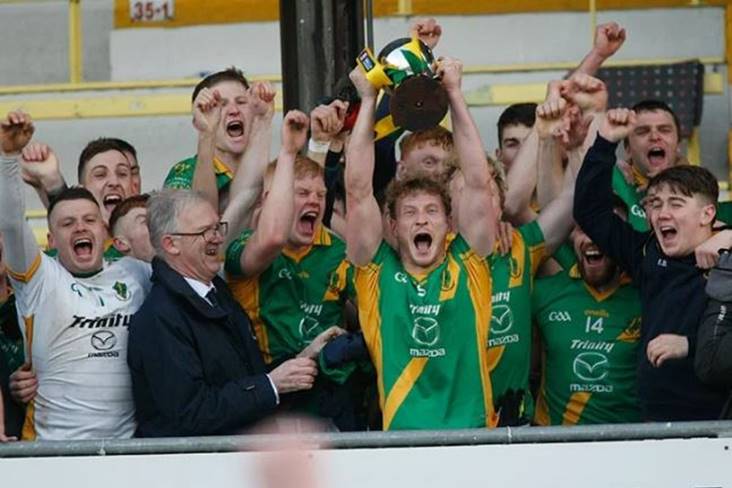 For the first time ever, a Wexford side will be in an All-Ireland club football final as Rathgarogue-Cushinstown make the trek to Croker.

A thrilling win over Monaghan side Blackhill saw the New Ross outfit shade the game by 1-07 to 1-06 at St Conleth’s Park, Newbridge last Saturday.

They now face Kerry and Munster champions Na Gaeil in the decider which will be played at Croke Park on January 25 and Rathgarogue-Cushinstown manager James Bolger admitted to the Wexford People that this is beyond their wildest dreams.

“It’s every player’s dream to play in Croke Park, but to play with your club in an All-Ireland final is something special,” said Bolger.

“It has been a great period for the parish and county. To win a county championship is one thing, but to push on and win Leinster is immense.

“Now to play in an All-Ireland final is extra special. It’s really wonderful for young and old in the parish.”