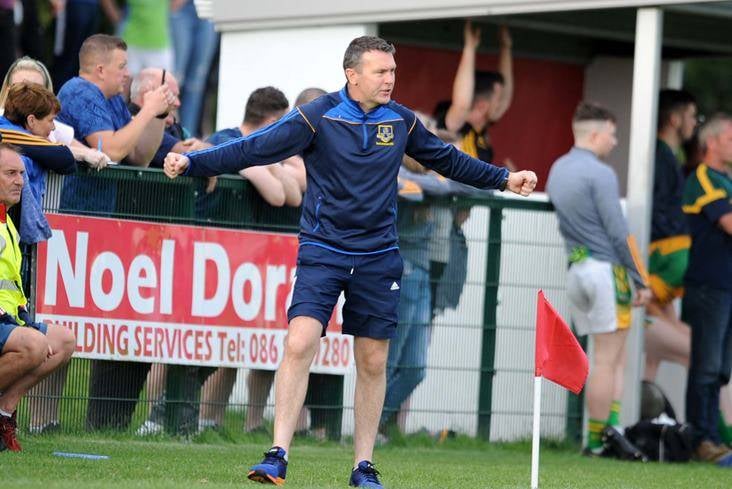 Oisin McConville has been appointed as manager of Monaghan club, Inniskeen Grattans.

Inniskeen is located just seven miles from Crossmaglen, with whom McConville collected 16 Armagh SFC medals as a player (and six Club All-Irelands) followed by two more county titles as joint-manager.

Manager of Meath club, Seneschalstown, in 2019, McConville has followed his former Cross’ team-mate and erstwhile co-manager John McEntee into club management in the Farney County, McEntee having led Clontibret to this year’s Monaghan SFC.

McConville got a close look at a number of Inniskeen’s young players in his capacity as manager of the Dundalk Institute of Technology [DKIT] Trench Cup team.

The Grattans, who have been senior since 2017, took to Facebook on Sunday to confirm the appointment.