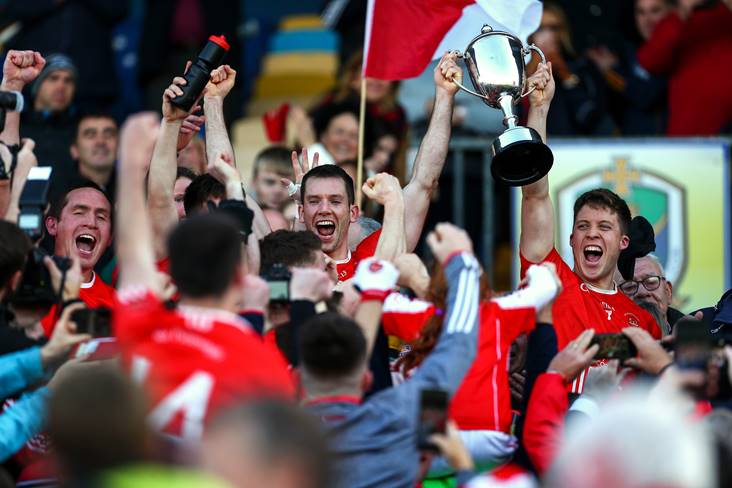 Niall Daly and his Padraig Pearses club-mates are focusing on themselves as they put the final touches to their preparations for Sunday’s Connacht Club SFC final against Corofin.

The All-Star nominee is well aware of the size of the challenge that awaits them in Tuam Stadium but, speaking to the Irish Independent, he expressed the hope that they can replicate a similar performance to the one that saw them claim Roscommon SFC honours for the first time in their proud history.

“We will look at ourselves," he pointed out. "If we can produce a performance like we produced against Roscommon Gaels for the first 40 minutes and they're a bit off the levels they can hit, we're going to be in with a good chance.

“We'll try and control our controllables. Small things like work-rate, every player should be working. Pat Flanagan (manager) says no standing up - if you're standing up there's something wrong so you should be doing something.

“The other thing is, scoring-wise, giving the ball to the player in the best position. The first goal we got against Roscommon Gaels was one where everyone got the ball at the right time … probably the best goal we got in years for the club.”