Ulster final day won't be the same without Tommy McCabe 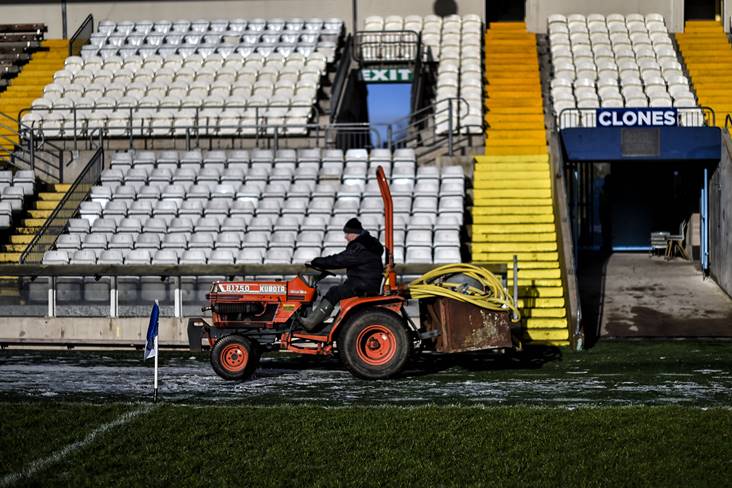 The late Tommy McCabe gets the ground ready for a McKenna Cup match in 2015. ©INPHO/Presseye/Russell Pritchard.

Ulster GAA has led the tributes to GAA stalwart and Clones groundsman Tommy McCabe who passed away yesterday.

The late Tommy was a permanent fixture at St Tiernach's Park on match-days and served as groundsman at the famed Ulster GAA ground for over three decades.

At this year's provincial football finals, Ulster GAA honoured Tommy's many years of service with a half time presentation.

Tommy followed on from being a brave number 1 custodian on the senior team to being custodian of St Tiernach's Park. Ulster Finals will not be the same without him.https://t.co/ngJbEeG28A pic.twitter.com/aiOw37nq9e

Everyone in the Táin Óg team were saddened to hear that our good friend Tommy McCabe passed away yesterday morning.
Tommy was grounds keeper at the famous St. Tiernach’s Park Clones where we held our first Táin Óg Finals. A true gentleman who couldnt help us enough. RIP Tommy pic.twitter.com/9kKSrGlYV3