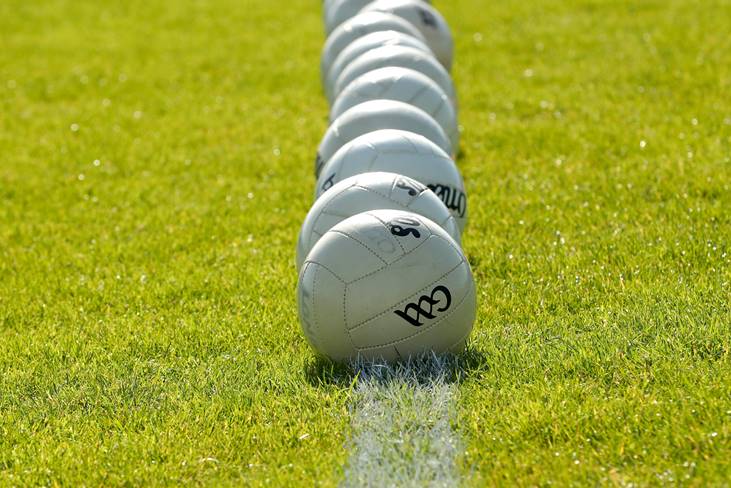 Naomh Ciarán are into the Ladies All-Ireland club IFC final

A whirlwind display in extra time from Naomh Ciarán was enough to secure the Offaly champions a place in their first ever All-Ireland Intermediate Championship Final, as they sprinted clear of Cork’s Inch Rovers in Ferbane.

Dual star full-forward Kate Kenny, who next Sunday will play an intermediate camogie championship provincial final with St Rynagh’s, finished the game with an incredible 1-10 to her name. Three of those points were in the first-half of extra-time as Naomh Ciarán scored 0-5 without reply, before goals from Kaitlyn Rigney and Aoibhe Kelly wrapped up the victory in the final ten-minute period.

A large crowd made their way to West Offaly for this fixture and they didn’t have long to wait for the contest to catch fire, with Inch Rovers threatening a goal with the first attack of the game. A quick transfer of passes found Aoife Walsh on the edge of the square, and it took a despairing dive from Amy Gavin Mangan to block the shot and deflect the ball clear.

Initially referee Paul Burke signaled for a penalty but then consulted with his umpires and reversed the decision. The home side didn’t waste their reprieve either, quickly hitting their stride with four points, two each for Aoife Corbett and Kate Kenny. Inch Rovers needed a lifeline and they got it when a speculative shot from Annie Walsh dipped under the crossbar at the last minute for a goal, though Kate Kenny replied with a similar strike, albeit from a free.

The East Cork side did hit their stride in the lead up to half-time and they were well in contention at that stage, just 1-6 to 1-4 adrift. They monopolised possession in the second-half of the game, Jessica O’Shea leading the way with a masterful performance at centre-back, and it seemed like they would go on to win when they drew level, 1-8 each, with ten minutes to play. Naomh Ciarán’s Ellee McEvoy was sin binned for the last ten minutes of normal time and that looked like a fatal blow to the Offaly side’s chances.

Yet they defended valiantly, and snatched the lead in the second minute of injury time through Kenny, only for Inch Rovers to mount one last attack and tie up the scores through Lydia Williams.

Most supporters guessed that a tense period of extra time was to follow – instead they got a footballing masterclass from Naomh Ciarán.