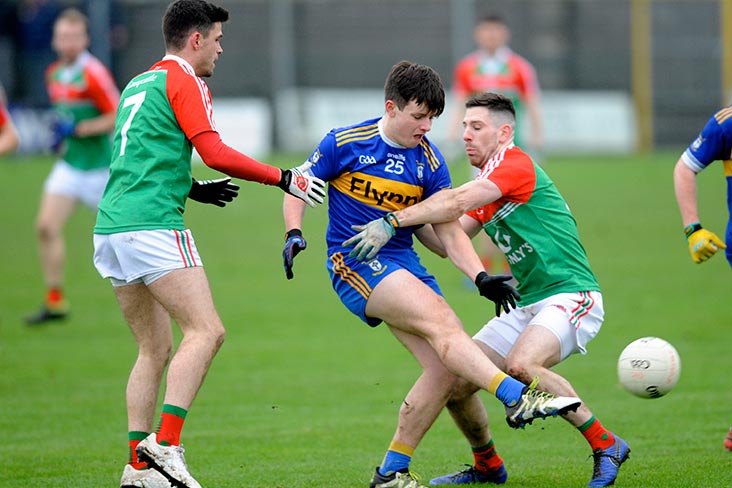 Cian Rogers (Ratoath) with Gary McCallon and James Dolan of Garrycastle during the Leinster Club SFC at Cusack Park Mullingar.

The home side survived a strong finish by the first-time Meath champions to prevail on a scoreline of 3-11 to 2-12.

Veteran Dessie Dolan, who finished with 0-3 to his name, set up Gardiner for his goal in the 6th minute and Garrycastle took a 1-9 to 0-5 lead into the break.

A goal from substitute Cian Rogers goal early in the second-half brought the Meath men back into contention but O’Halloran and Monaghan raised green flags in the 36th and 43rd minutes respectively to restore Garrycastle’s supremacy.

However, a cause of concern for manager Gary Dolan and his selectors ahead of next weekend’s semi-final date with Ballyboden St Enda’s will be the manner in which they allowed their opponents register 1-4 without reply in the final quarter.

Substitute Daithi McGowan found the back of the Garrycastle net in the stoppage time but Davy Byrne’s charges came up short.