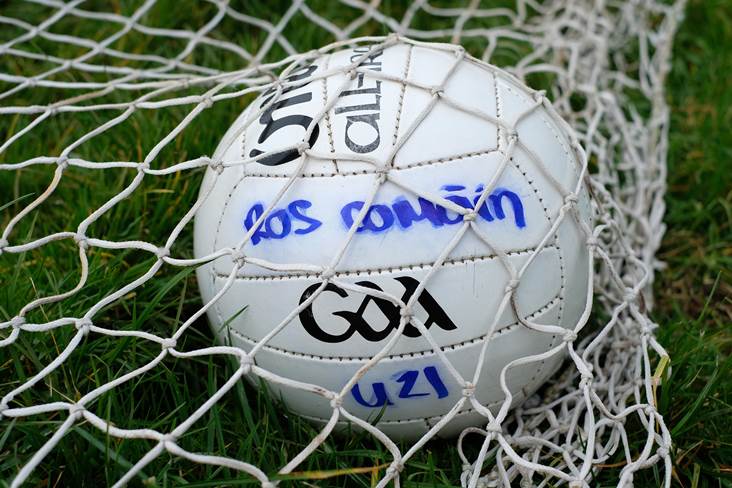 A general view of a Roscommon football.
©INPHO/Andrew Paton.

Next weekend's Connacht club IFC final will be a Galway-Mayo affair after Oughterard and The Neale recorded comfortable semi-final victories this afternoon.

In Dr Hyde Park, Oughterard trumped Tulsk Lord Edwards 2-16 to 1-8 thanks to a brilliant final quarter. Man of the match Cian Monaghan's 15th minute goal helped the winners to a 1-6 to 0-3 lead before Callum Fahy pulled a goal back to leave Tulsk trailing by 1-4 to 1-7 at the interval.

With the wind behind in the second half, the Roscommon champions reduced the gap to the minimum through points from Fahy, Tadhg O'Rourke and substitute Dave Carleton, but Oughterard steadied the ship by grabbing the next three points, including two from wing back Monaghan, before Patrick Walsh added their second goal seven minutes from time.

In the other semi-final at Markievicz Park, The Neale ran out 4-13 to 1-11 winners over Sligo champions Geevagh.

Meanwhile, Mayo's Kilmaine hammered Ballinameen 3-20 to 0-6 in Castlebar to set up a Connacht club JFC final meeting with Sligo kingpins St Michael's, who received a walkover from Leitrim in their semi-final.